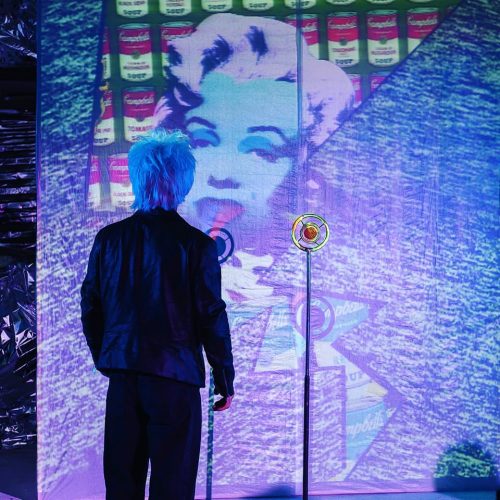 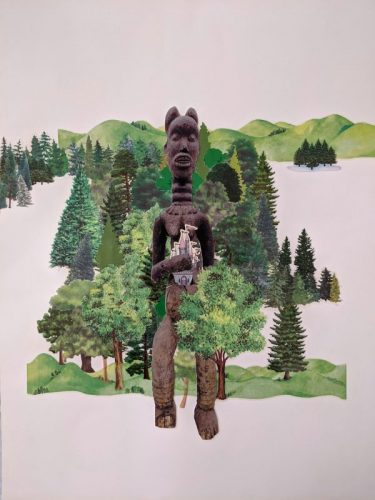 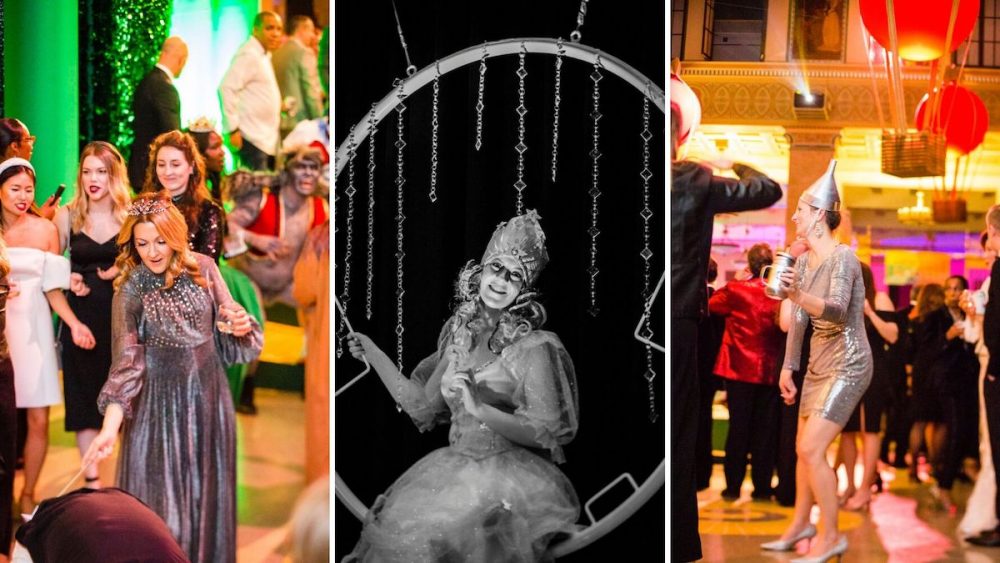 What do you wear to the Pratt Contemporaries annual Black and White Party? Is it a cocktail party or a gala or a ball? Is this a black tie and gown situation? Tuxedo level? Creative couture? And how to include the literary Wizard of Oz theme into a sartorial ensemble? Is this a costume party, like the original iteration—Truman Capote’s Black and White Masquerade Ball at the Plaza Hotel in 1966—or is it a gala with an additional theme tacked on? Is is even possible to successfully combine Oz and black-tie couture? And should I even try? I pondered all these questions before selecting a black dress and some glowing red and green earrings and calling it a day. Black and white and Oz-esque with mascara was good enough for me, but many guests took it all the way to the Emerald City.

One step inside the Pratt Library Central Branch and it was clear—we are NOT in Kansas any more! I will admit to being impressed by the transformation of the space. The Black & White party includes a literary theme, and this year’s was The Wizard of Oz by L. Frank Baum, so the main hall was filled with a gleaming green tower and faux red hot air balloons, as well as a giant screen playing scenes from the classic 1939 film, a DJ stand, multiple bars and photo booths, and live performances by good and bad witches. The space was full of energy, pumping music, and nice cocktails. A trip up the “yellow brick elevator” to VIP land revealed an oyster bar, mini fried chicken and waffles (my fave), and glowing emerald green couches, elaborate planters, and satin backdrops to set the scene.

I was not the only one confused about what to wear, which in my opinion was not a bad thing. I overheard one guest complaining that some people had the nerve to wear GREEN (“It’s not a black and white and GREEN party! Amirite?”). And a few others throwing shade at guests who didn’t even TRY to infuse some Oz into their black and white ensembles. I think a creative challenge makes for more interesting attire and this was evident in the range of gowns, sparkly pantsuits, tuxedos, top hats, as well as a smattering of witch hats, oil cans, ruby slippers, children’s Halloween costume leftovers, face paint, and/or baskets bearing tiny dogs. 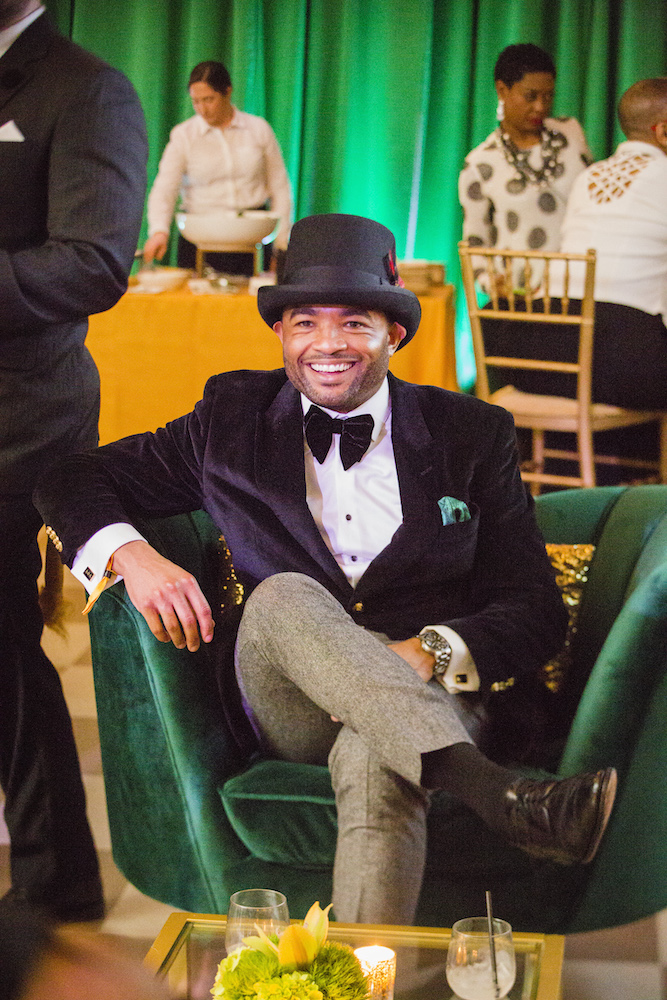 The Pratt Contemporaries hosted their 11th annual Black & White Party on Saturday, January 25, and in case you’ve been living in a Netflix hole or just the suburbs, this is one of Baltimore’s top galas at a relatively affordable price ($175 and up) and is THE marquee event for the library’s young professionals philanthropy group, which hosts monthly social gatherings and raises funds for child literacy projects at the library. This was the first year the group was able to host the event at the Pratt’s Central Branch since the library’s multi-year $115-million renovation and the event sold out 600 tickets in just minutes. According to the library, the event raised nearly $300,000 for teen and children’s literacy programs at libraries across the city of Baltimore.

Whether guests were lions, bears, flying monkeys, or straight-up divas in black and white, this event felt exceptional without being stuffy, lavish but not vulgar. I always find it fascinating to see Baltimore all dressed up, especially those who take sartorial risks and are willing to use their bodies as a billboard for creative expression. I talked to a lot of guests about what they were wearing that night and there weren’t a ton of haute couture designs and more than a few women who shrugged and said, “I have no idea where this black dress came from,” but also a genuine sense of excitement in being there, taking it all in, and participating in this group spectacle and raising money to teach children to love books and reading.

My pretties, there is no place like home, and Baltimore, you truly landed over the rainbow on this one.