The Internet Is Not An Archive 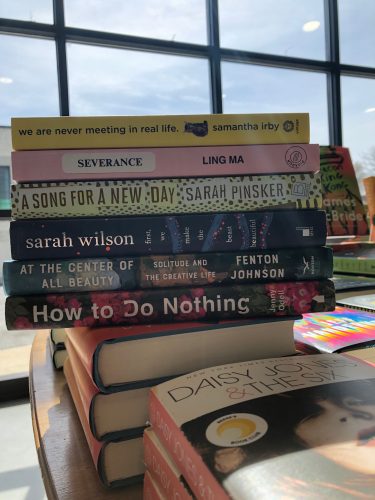 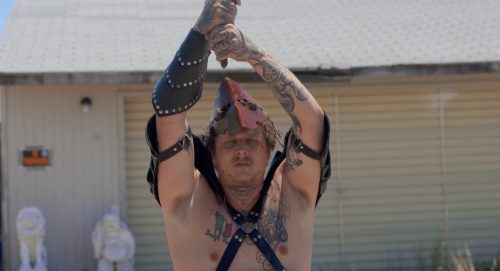 Media & Literature , Issue 08: Archive
The Internet Is Not An Archive
A conversation with experimental writer and archivist Megan McShea 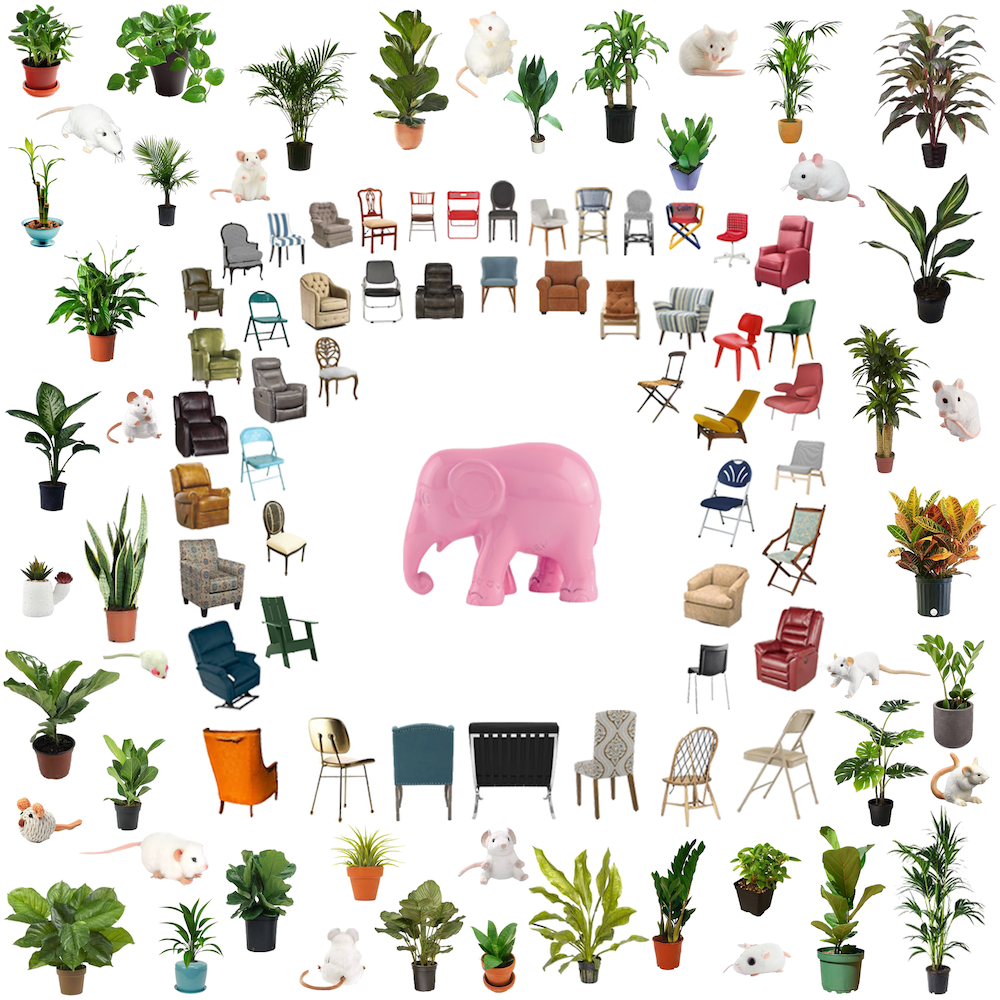 In 2013, experimental writer Megan McShea celebrated the publication of her book, A Mountain City of Toad Splendor, in typical Baltimore fashion, with featured performances from the likes of Bonnie Jones and Mole Suit Choir at the Windup Space. A City Paper profile by BmoreArt contributor Bret McCabe showcased McShea’s easy wit and wisdom.

Six years later, McShea has published two more books, How to Have a Day and Steep in the Boil. The Windup Space is gone, and the City Paper is no more, wholly consumed by The Baltimore Sun. Under the Sun website masthead, McShea’s interview lives on, sans accompanying image. Odd line breaks—a vestige of City Paper formatting—render a quote from McShea as if it were one of her poems:

“And I keep thinking,

I’m going to get closer to it

and it keeps getting more fragmented.”

Rendered thus, this article has become epigrammatic of one of McShea’s frequent mantras, that “the internet is not an archive.” And she’s one to know—for the past 15 years, McShea has served as the Audiovisual Archivist at the Archives of American Art at the Smithsonian Institution.

“I think for my social circle I might be sort of the gateway archivist,” she laughs over iced tea at her dining room table. “A lot of people who do this kind of work are always looking for teaching opportunities to remind people that the internet is, at best, a highly unstable storage environment.” 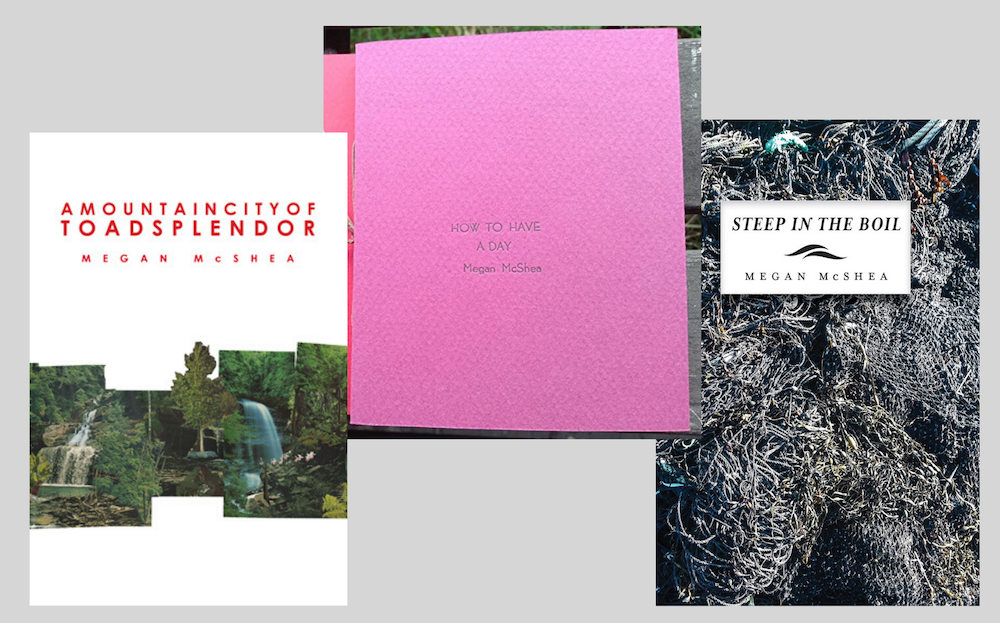 We wake up our screens and there it is every day for us. But sometimes people wake up their screens and huge chunks of their internet is gone.

Data loss is a nuisance to most technology users, and the ubiquity of the internet tends to provide false hope. In many cases, losses remain unreported for months or years. In March of 2019, news broke that MySpace lost all of its music files—some 50 million songs—thanks to a server migration. Months later, a suppressed story emerged that the 2008 fire that devastated the Universal Studios backlot also destroyed one of the world’s largest repositories of popular music recording masters, including iconic recordings from John Coltrane and Ella Fitzgerald.

“We wake up our screens and there it is every day for us. But sometimes people wake up their screens and huge chunks of their internet is gone,” McShea says. “That happens all the time. It often comes up that people are looking for things online that were there just a few years ago and they’re not there anymore, or they’re not accessible and they’re behind a paywall or they’ve been deleted or the website doesn’t work. There’s a reaction to that, of anger, this sort of grieving reaction that you’ve lost your stuff.”

McShea notes the case of Dennis Cooper, a celebrated author and artist whose blog, DC’s, had attracted a worldwide following until it was suddenly deleted in 2016. Google, owner of the Blogger platform Cooper used to build and maintain his blog over the course of 14 years, deleted the blog, claiming a terms of service violation triggered by an anonymous user complaint.

“Google just deleted [DC’s] because someone found a photograph from one of his posts offensive,” McShea says. “I mean, this was a huge community. He had cultivated and documented all this work, and he had a GIF novel that existed only on his blog, and they just deleted it. They didn’t explain it and they wouldn’t even answer his calls or emails until there was a public outcry, because he’s famous.”

It took months of public protest for Cooper to understand what had happened and to ultimately resurrect his blog from data files recovered from Google. Still, he remains among the fortunate. Proprietary technologies and planned obsolescence collide to make data harder to extract once a file format is no longer supported, leading to a growing concern about the impact of this current “digital dark age.”

“It’s not a bad idea to tune into the archival world and see what’s going on right now,” says McShea. “There’s a huge movement around open source tool development and file format development. Archivists now are in this great position of not having to rely on tools that were made for something else to do to work on preservation. Using Adobe Premiere to preserve video is not a good solution, because it wasn’t made to do that.”

And it’s not just the technologies that pose a threat to digitized data. The threat of climate change looms large in the archival community as well.

Bleak as this picture may be, McShea encourages proactive preservation measures for everyone’s consideration. Backing up data to multiple destinations, including off-site storage, is a great start. Preserving files in uncompressed and open-source formats can preserve future data access, and, of course, saving copies of electronic as well as print publications is good practice for all artists and culture producers.

“Anything you can do to actively say, ‘This is going to matter to me in my lifetime, and then this portion is going to matter to somebody else after I’m gone’ and to do the little bit of planning to make sure that it does continue to exist in a way that is meaningful and useful to somebody who doesn’t have access to your brain anymore,” McShea says. “It’s a pretty powerful thing to do, and the people who have a sense of their own importance are always going to do it. Maybe the important thing now is to encourage people to think about the significance of their lives to the people who come after them, and what they want to leave.”

So of course, the intrepid archivist must have a robust protocol for preserving her own personal data. What’s her secret?

“I have gotten my data out of my social media accounts semi-recently and I do have my computer backed up,” McShea laughs, “but the last thing I want to do when I get home is work on archival stuff.”