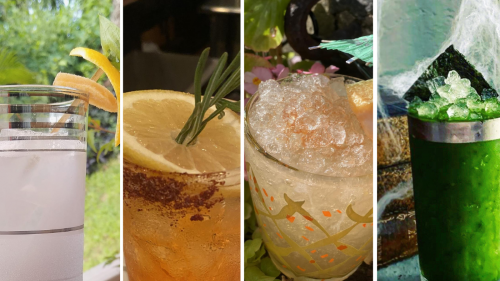 Drinks for Coping with Election Night 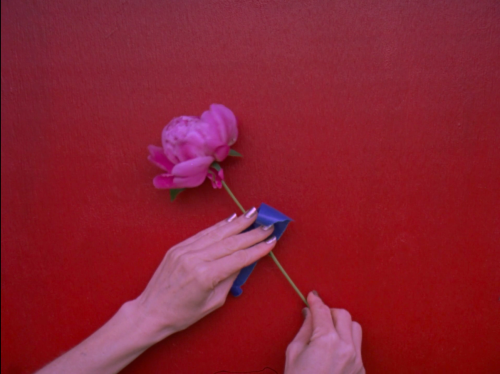 What to Do With All That Noise: Stephanie Barber’ [...] 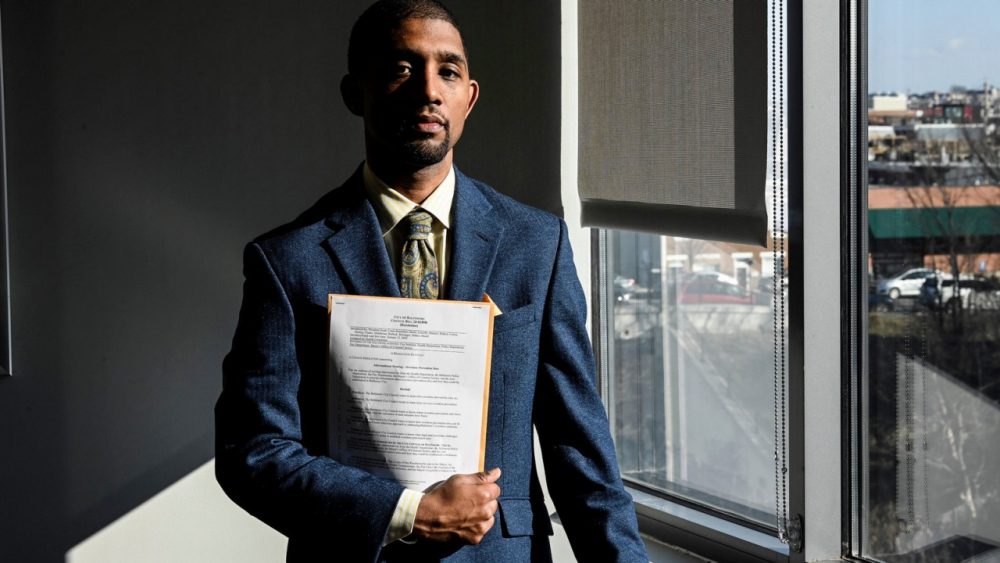 This week’s news includes: Baltimore is for Brandon Scott, the BRESCO burn, COVID worries continue, and more reporting from Technical.ly Baltimore, The Real News Network, WYPR, and others.

Excerpt: Election Day proved to be a big one for Baltimore City Democrats, who declared in victory their citywide races.

Come December, Brandon Scott, the City Council President will head to the mayor’s office, while Del. Nick Mosby will take over Scott’s current job and Councilman Bill Henry will become comptroller. Their victories represent the replacement of older faces with younger ones in all three citywide offices.

“Your next mayor will wake up every day, focus on making this city safer, on getting you the help you need, on throwing everything that I have in my grasp and power at the problem,” said Scott during a small Tuesday night event at the Inner Harbor’s Sound Stage. “I believe in the great people of this city and what we are capable of achieving when we stand united.”

Excerpt: In a last-minute bid to prevent outgoing Mayor Bernard C. “Jack” Young from pushing through a 10-year contract to send trash to the BRESCO incinerator, opponents – including City Council members Mary Pat Clarke and Ed Reisinger – filed a motion motion for a temporary restraining order this morning in Baltimore Circuit Court ahead of a Board of Estimates vote.

The $106 million contract commits the city to sending waste to Wheelabrator Baltimore, the city’s biggest source of industrial air pollution, though year 2031.
“It is mind-blowing that a decision of this magnitude was made without answering any of the questions about compliance, about monitoring, about impact,” said Greg Sawtell, of the South Baltimore Community Land Trust.

Excerpt: If the Johns Hopkins University is serious about saving energy and following best practices for sustainability, Stephanie Hulman asks, why would it tear down seven large rowhouses in Charles Village rather than recycle them for new uses?

If Hopkins wishes to teach its students about art and cultural heritage, why would it destroy 110-year-old buildings that are prime examples of Edwardian architecture?
And if the university wants to be sure its properties are accessible to disabled people, why couldn’t it challenge its students to come up with creative ways to make older buildings more accessible as a class project?

Those are just a few of the questions Hulman brought to a community meeting about Hopkins’ plans to knock down the rowhouses it owns at 5-19 West 29th Street, leaving in its wake an open “grassy area” – and nothing more – opposite Wyman Park Dell.
She came armed with facts and figures about how much debris the demolition would add to the landfill (1,848 tons, by her calculations) and spoke passionately about how much history would be lost, down to the original doorknobs.

After the meeting, organized by the Charles Village Civic Association and conducted via Zoom last Thursday, the local homeowner said she wasn’t happy with what she heard.

“I’m extremely upset,” she said. “I spend so much time and effort preserving and restoring my home, the thought that in 20 years, Hopkins could have bought my entire block piece by piece to tear it down, it just breaks my heart.”

Excerpt: Montgomery County Executive Marc B. Elrich (D) on Wednesday sought County Council approval for a rollback in business activity and social gatherings due to a “sobering” increase in COVID-19 infections.

His actions follow by one day new warnings from Prince George’s County Executive Angela D. Alsobrooks (D), who signaled that she will likely need to sound “alarm bells” about the spread of the virus there.

“We’ve looked at the data and determined we need to put some additional restrictions back in place,” Elrich said. “These numbers are very concerning.”

Excerpt: While the Baltimore Museum of Art is still embroiled in a national controversy over its now paused sale of three important works of contemporary art, the museum remains an active—and vital—institution that recently reopened with strict social distancing guidelines and free, timed-entry passes. Among the can’t-miss exhibits this season is visual artist Jo Smail’s career retrospective, Flying with Remnant Wings, which has been extended for viewing through January 3, 2021.

Few artists have begun again as many times as Smail. Throughout the course of her 30-plus-year career, Smail has navigated a cross-continental uprooting from her native South Africa to the unfamiliar world of Downtown Baltimore, a tragic fire that tore through her Clipper Mill studio and wiped out decades of work, and, just a few years after that, a debilitating stroke that left her temporarily speechless.

With each setback, she not only courageously endured, but came out the other side with an emboldened vocabulary. You might call her an unconditional optimist, or, as her friend and Maryland Institute College of Art colleague Barry Nemett puts it: “Jo Smail is a hurricane lightbulb.”

Excerpt: Cybersecurity became part of the national election conversation in 2016, as Russia targeted government networks with cyberattacks and an influence campaign that sought to spread disinformation and sow discord in the democratic process.

Four years later, the specter of this threat appeared again in the 2020 race, as officials said on Oct. 22 that Russian attackers broke into government systems.

But on the morning after Election Day, there are currently no reported attacks by nation-states against the U.S. This week had one major disclosure: The U.S. undertook cyber operations against Iranians earlier in recent days, The Washington Post reported. And on Oct. 12, Microsoft said it stopped a botnet that could distribute ransomware. At this point, there’s been no indication that a successful attack took place.

Though it’s difficult to say for sure why there was less nefarious activity coming to the surface, it remains true that the idea that cyberattacks could influence elections was less of a surprise this time around.

Excerpt: The divisions between leadership, rank and file, and politicized law enforcement would be exposed by a contested election, says veteran Danny Sjursen, and the military institution may not survive in the form it has today.

The grant award will continue the Child Sex Trafficking Screening and Services Act Regional Navigator Program in Cecil, Montgomery and Washington counties, where it was piloted, and will expand the program to Anne Arundel, Baltimore, Frederick, Harford, Howard and Prince George’s counties and Baltimore City.

The Child Sex Trafficking Screening and Services Act of 2019 requires a law enforcement officer who believes that a child is a victim of sex trafficking to notify a “regional navigator,” a provider of “victim-centered and trauma-informed” services for victims of child sex trafficking.

Excerpt: Like many small businesses, Black-owned bookstores were forced to close when the pandemic began earlier this year. But their closures represented more than the loss of a retail outlet. Shuttered bookstores took away a social and cultural space that is returning, in part, because of a social justice movement.

Everyone’s Place African Cultural Center is more than a bookstore. The shop on North Avenue near the Penn North Metro stop also sells everything from skincare products to incense.

Olakekan Kamau-Nataki, who works at Everyone’s Place, said when the store was forced to close in March, they started a curbside pickup service.

The store’s staff members did their best to help people find the right products over the phone. People were particularly interested in buying African fabric to make masks.

“We did our best to try and take some photos and we would email people the photos, they would choose their fabrics,” Kamau-Nataki said. “So it was a lot more trying to figure out the logistics of things and each day was different.”

Excerpt: Baltimoreans can feel some measure of pride visiting The Andy Warhol Museum in Pittsburgh. Located downtown in a renovated industrial warehouse—a “factory,” if you will—just a few miles from where Warhol grew up, the sprawling complex houses a gritty and glittering retrospective of his life, with some familiar artwork and Baltimore personalities in the mix.

There’s a huge Last Supper canvas on view. And there’s a massive Camouflage painting and a “fright wig” Self-Portrait, too—just like at the BMA.

Standing at one of the 50 plus video monitors devoted to Warhol’s work, watching him create one of his signature pieces, you might notice that he’s listening to Billie Holiday as he paints; on another screen, he’s interviewing Frank Zappa’s kids, Dweezil and Moon; and on the most prominently displayed screen, there’s an interview Warhol did with John Waters, Divine, and Van Smith, the makeup artist who developed Divine’s distinctive look.

It’s a hoot listening to Waters tell Warhol about visiting the Enchanted Forest theme park and, in a Bawlmer accent, recall overhearing a mother tell a hilariously succinct summation of the Sleeping Beauty story to her children: “That’s Sleepin’ Beauty. She’s sleepin’.” The segment also includes film clips with locals such as Edith Massey and Jean Hill, and you can even buy Waters’s latest book (Role Models) and CD (A Date with John Waters) in the museum store.

“The Warhol [Museum] loves John Waters,” says the store’s clerk. “We like Baltimore, too; it seems like there’s a lot going on there.”

Excerpt: Galerie Myrtis in Baltimore, Maryland, presents “Women Heal through Rite and Ritual” through the end of the year. The show’s focus was conceived prior to this year’s health crisis, and yet its timing could not be more fitting. Work by artists Lavett Ballard, Tawny Chatmon, Oletha DeVane, Shanequa Gay, Delita Martin, Elsa Muñoz, and Renée Stout look to non-Western traditions of the women’s role as nurturer, both physically and spiritually.

Since launching the gallery in 2006, founding director Myrtis Bedolla has developed one of the most impactful programs and community of artists in the U.S. She spoke with Whitewall about supporting and providing context for the work of the artists she represents.