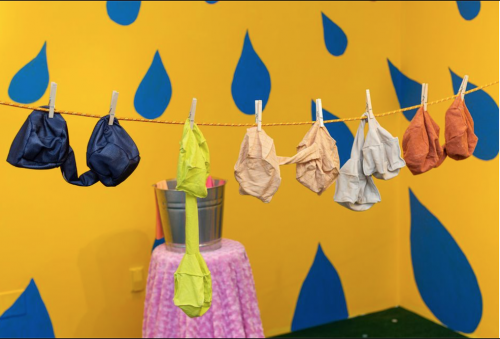 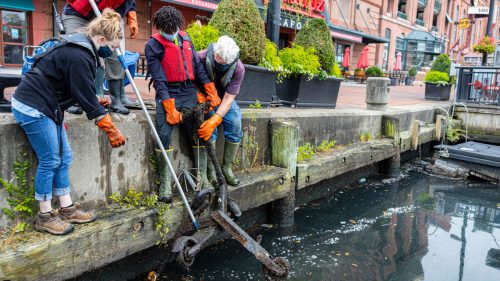 Media & Literature
Truthiness and Charisma: Gary Vikan’s The Holy Shroud
What happens when true believers have to confront scientific facts? 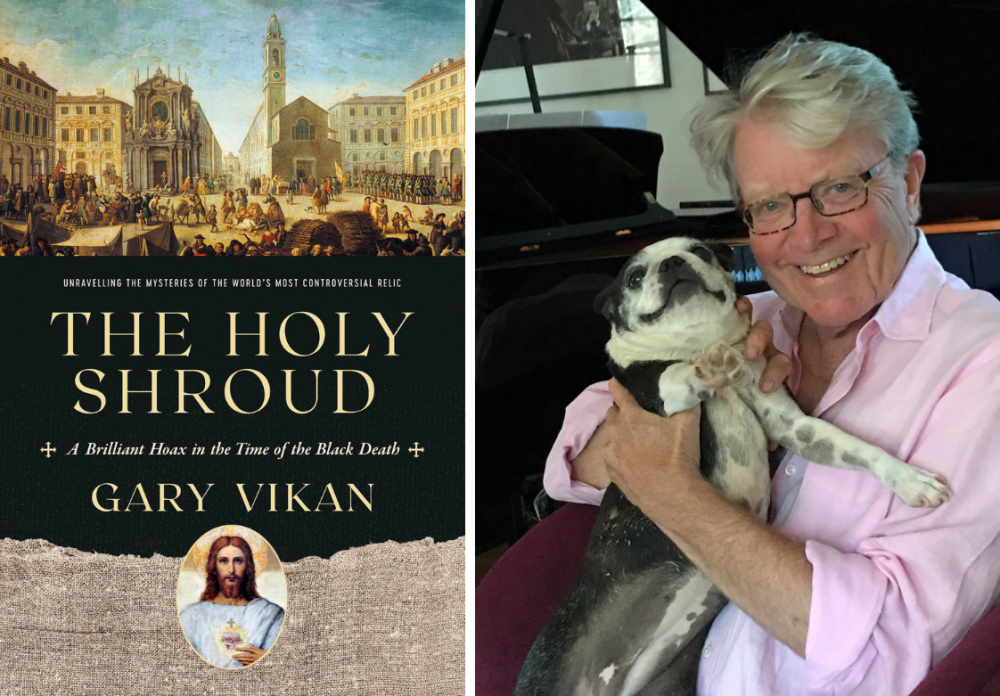 You may already be familiar with the basic story: our protagonist, totally lacking any relevant background, relies instead on a potent charisma and attracts widespread adulation. Growing numbers of followers ignore the experts’ dubious analyses; their reaction often seems rooted more in faith than in fact. Eventually, realizing that the situation is easily exploitable, even the old guard begins to back this enigmatic new arrival. After all, there’s real money to be made here, and awkward compromises can be tolerated in the name of a larger agenda.

Consequently, even as our subject’s fraudulence becomes increasingly apparent, a dogged coalition digs in by rejecting inconvenient data, delighting in whataboutism, and employing abstruse wordings. For all intents and purposes, it’s now a full-fledged cult—one that seems uninterested in appeals to reason or precedent. Exasperated critics still marshal arguments and cite evidence, but even they admit that their efforts may be in vain. And so the future of our protagonist remains unclear and continues to be debated.

Reading The Holy Shroud: A Brilliant Hoax in the Time of the Black Death, a new book by Gary Vikan, the former director of the Walters Art Museum, in the wake of the 2020 presidential election is an unnerving but instructive experience. To be clear, Vikan’s book, whose central narrative I’ve summarized above, is in no way about Trump. Rather, it’s a lively and mostly persuasive argument that the so-called Shroud of Turin is not the funerary cloth in which Jesus was buried, as is sometimes held—but was instead likely fabricated by an artist in France in the 1350s, and then slowly embraced by Catholic officials alert to the potential profits that could result from its popularity.

Simultaneously a summary and extension of Vikan’s decades-long participation in the ongoing debate about the history and nature of the shroud, it is a readable and reasonable text, even if it overreaches at a few points. But while it features thoughtful iconographic, textual, and chemical analyses, a real part of the story’s interest lies in its central acknowledgment of the gaping chasm between scientific inquiry and religious faith. As Vikan himself admits in the book’s final pages, even the most rigorous fact-based argument may not convince true believers or partisan officials. And that, in our political moment, is both a familiar and a deeply haunting realization.

The “charismatic cloth meant money,” and a cluster of local churchmen apparently competed for control of the shroud; meanwhile, believers unattuned to theological nuances were all too willing to accept the idea that the shroud was a contact relic from Jerusalem.

Much of Vikan’s book, which is largely structured as a memoir but also features a playful mock trial, draws on evidence that is at once familiar and seemingly conclusive. The shroud first appears in the historical record in 1354, when it is mentioned as belonging to a knight in Lirey, France. In other words, there are no references to it in the Christian Gospels or in earlier medieval literature. Roughly fourteen feet long and made of linen, the shroud features two faint brown images of an apparently gaunt bearded man. Shroud enthusiasts (or sindonologists, as they’re sometimes called) have long pointed to the stains’ specific pattern, arguing that the marks correspond to the wounds on the body of the crucified Jesus. But in 1988, carbon-14 dating performed by three laboratories strongly indicated that the linen likely dates to the 1300s. And in 2007, an intrepid chemist and his daughter demonstrated that a similar object could be made using ingredients widely familiar to medieval scribes and artists. The shroud, it seems, is an ingenious work of medieval artistry.

Critically, a rich cache of documentary evidence strongly supports this view. Interest in the shroud in medieval France grew quickly, culminating in its display in 1389—and alarming several local church officials who expressed concern that it was being misrepresented as a Biblical relic. Hoping to stamp out such a misconception, the bishop of Troyes wrote a letter to the pope, in which he claimed that he had learned how the image had been “artificially portrayed,” and that “it was made by work of a man, not miraculously wrought or bestowed.” The pope, in turn, responded with a bull in which he permitted the shroud’s display—but required that a speaker should remind assembled crowds that they were looking not at “the true shroud of our Lord Jesus Christ, but [at] a figure or representation.”

That might seem to be that—except that it wasn’t. In Vikan’s view, open greed and inflexible faith combined to render official cautions moot. The “charismatic cloth meant money,” and a cluster of local churchmen apparently competed for control of the shroud; meanwhile, believers unattuned to theological nuances were all too willing to accept the idea that the shroud was a contact relic from Jerusalem. Eventually, even the papacy began to tacitly endorse the cult. In 1989, shortly after the carbon-14 test results had been released, Pope John Paul II was asked about the authenticity of the shroud. “It certainly is a relic!” he replied—deeply disappointing Vikan, but providing cover for the vocal and colorful band of characters intent on arguing that the shroud is in fact an authentic Biblical object. Many of their contentions—ranging from vague invocations of radiation emitted by the dead Christ to allegations of compromised test samples—feel more arbitrary than they do compelling. But, as Vikan points out, attempts to assign the shroud to the Middle Ages were always haunted by a basic unanswered question: if it was manmade, then how, exactly, was it made?

For years, there was no satisfying answer to this question. In a 1999 book, the microscopist Walter McCrone observed—after studying the shroud, with the permission of the Church, for two decades—that the linen featured two common medieval colorants, and not a trace of blood. And yet those colorants seemed to cling only to the surface of the linen, instead of penetrating the fabric, as paint would typically do. Several years later, however, a chemist named Bob Morton took an interest in the question. Working with his daughter, Rebecca Hoppe, he produced a comparable image using tannic acid and iron sulfate and a contact printing process that involved a series of exposures. In an appendix to Vikan’s book, the two explain their process in lucid and admirably non-polemical terms.

Thus confident that the when and the how are now clear, Vikan moves on to the who and why—and to the most original and speculative portion of the book. Struck by the style and the profound emotional affect of the depicted figure, Vikan argues that it seems quite unlike Parisian paintings of the mid-1300s. Rather, it reminds him of works associated with the circle of the Italian artist Simone Martini and, specifically, of Martini’s talented pupil Naddo Ceccarelli. Perhaps—but I paused at the improbably pat aspect of this claim. Ceccarelli, after all, also executed a panel now at the Walters, which Vikan knows well. The coincidence feels implausibly convenient. Similarly, when Vikan goes on to suggest that perhaps the French King John II served as the model for Ceccarelli’s figure, his primary piece of evidence is the ruler’s apparently large nose. It’s a risky and counterproductive moment in a text that nominally aims at indisputability.

Arguably, though, it’s also quite typical of Vikan, who has frequently offset the caution of a scholar with the enthusiastic riskiness of a showman. Readers of his last book, Sacred and Stolen, will recognize his breezily intelligent tone, his jocular confidence, and his occasional tendency towards self-promotion. That’s not to say that this isn’t a good read. Vikan is a born storyteller, and he does a nice job here of rendering a complex history accessible. But his apparent sense that he might be able to finally silence the sindonologists, once and for all, feels touchingly optimistic. So, too, does his pointed refusal to call his subject by its common name (the Shroud of Turin), insisting that it should instead be called the Shroud of Lirey. Perhaps it should—but it won’t be. Similarly, a closing set piece in which he imagines presenting his book to the pope as a guide to future policy is wryly appealing—but also mere fantasy. This is a fine book, but it will not be, one senses, a tool of conversion.

After four years of Trump, we’re all too familiar with the nihilistic concept of alternative facts. As a result, it’s rather cheering to see Vikan still intent on fighting the good fight, and on accusing the Catholic Church of what he sees as a “cynical charade.”

Ultimately, even Vikan seems to realize that. The facts, it seems clear, are on his side. But, as he senses, this is not necessarily a battlefield defined by facts. As an agnostic raised in Lutheran Minnesota, Vikan prizes reason. But as a scholar who spent years writing on Byzantine pilgrims, he also comprehends the attraction of numinous power. He thinks seriously, too, about Max Weber’s writings on charismatic figures, the enduring magnetism of Elvis Presley, and penitential rituals. And in the end, he seems to largely accept Stephen Jay Gould’s observation that science and religion are seemingly incompatible “non-overlapping magisteria,” built around entirely different assumptions. As inconvenient as it may be, the faithful simply don’t seem to be bound by the facts.

And it’s precisely there that the book, despite its central focus on the shroud, begins to feel more broadly relevant. If there’s anything the last four years have taught us, it’s that even hard facts do not always prove universally conclusive. Senator Daniel Patrick Moynihan used to say that “Everyone is entitled to his own opinion, but not his own facts.” But after four years of Trump, we’re all too familiar with the nihilistic concept of alternative facts. As a result, it’s rather cheering to see Vikan still intent on fighting the good fight, and on accusing the Catholic Church of what he sees as a “cynical charade.” To Vikan, the Church’s unwillingness to clearly acknowledge that the shroud is a medieval fabrication is a “benign neglect of the truth,” a flat abdication of responsibility, and a case study in fraud. And for me, at least, it’s almost impossible, in reading such passages, not to think of a certain president who refuses to concede an election whose results were clear and who blithely dismisses the realities of a global pandemic. Sure, power corrupts, and institutions are self-interested. But Vikan makes a spirited case that facts still matter—especially in the wake of coy wording and dissembling.

As the newest entry in the boisterous roster of publications about the shroud, Vikan’s book appeals on several levels. Baltimore-area readers will likely enjoy the way in which several of the set pieces take shape against local landmarks: at The Ambassador, or at a local Giant. Fans of medieval art and history will find both subjects discussed in an approachable manner. And anyone with even slight Protestant tendencies will likely sympathize with Vikan’s clear insistence on the facts and his sense of exasperation with a Church that has proven reticent to accept what seems obvious. And who knows? Perhaps this book will even change some minds—although that, in the waning days of 2020, seems like an especially tall order.