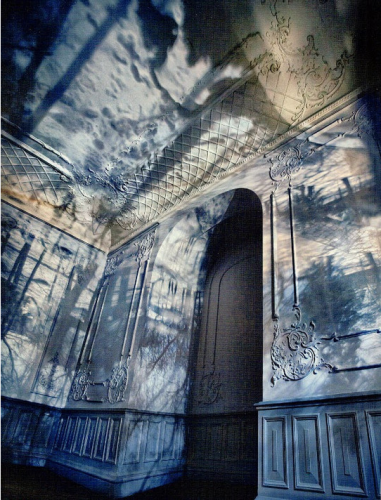 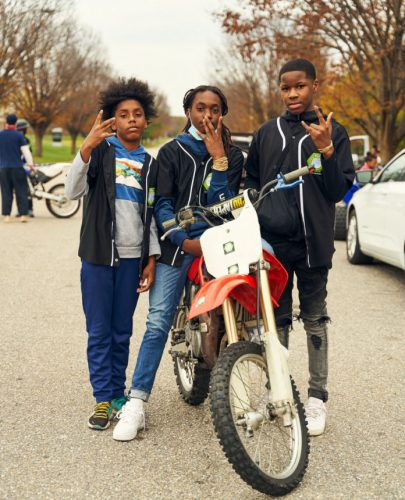 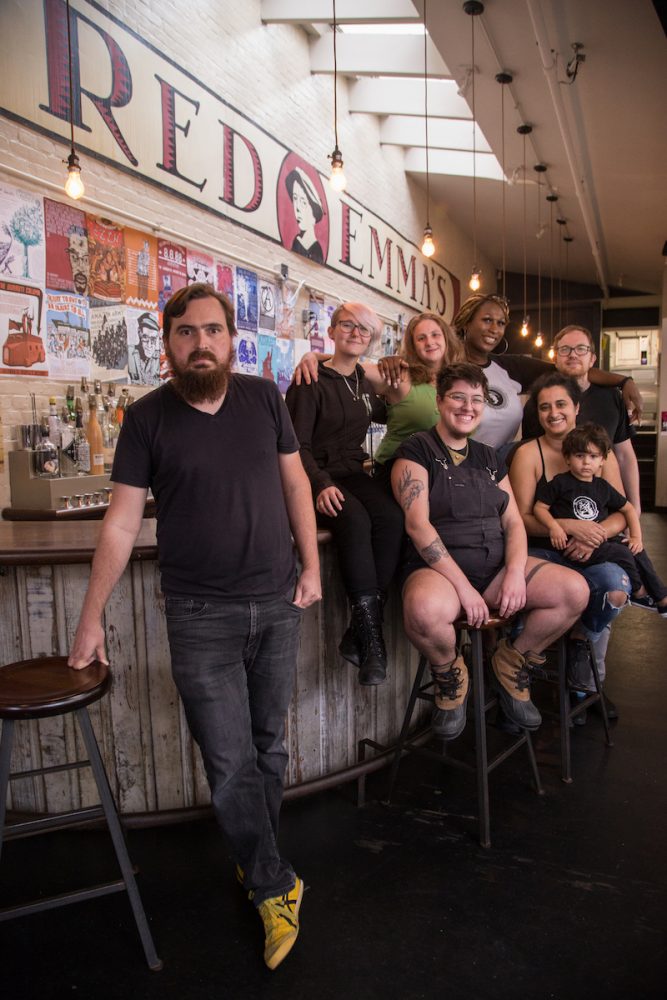 Editor’s Note: Last week, Red Emma’s announced that the cooperative has purchased two buildings that will become their “forever home” in Waverly. They plan to combine and renovate the properties—a long-abandoned former antique store at 415 E. 32nd Street and a storefront at 3128 Greenmount Avenue—into a multi-level coffeehouse, bookstore, and social center.

Their Mount Vernon location is still open for takeout, delivery, outdoor dining, and bookstore browsing. According to the Baltimore Business Journal, Red Emma’s aims to open the new space in phases (with the first phase debuting at the end of 2021), and expects the whole project to take somewhere from 18 to 24 months. About the Mount Vernon location, co-founder Kate Khatib told the BBJ that while they appreciate their current digs (to which they moved in 2018), “it’s really designed and geared for being a high-volume restaurant. . . It’s designed to be transactional; your goal is to move people through as quickly as possible so you can turn the tables. Our intention has always been to be a community space that encourages people to stay and linger and meet new friends and make connections, and we felt like we just weren’t able to do that in the current location.”

Joining neighborhood businesses Normals Books & Records, Urban Reads Bookstore, Pete’s Grille, Local Color Flowers, My Mama’s Vegan, and Peabody Heights Brewery, among others, Red Emma’s worker-owners stated they’re excited “to work together [to] reimagine a Greenmount avenue commercial district that is community-focused and meeting the needs of the neighborhoods that border it.”

In light of this news, we decided to share Brandon Soderberg’s article about Red Emma’s, which appeared in BmoreArt Issue 08: Archive in the fall of 2019.

For 17 years, Red Emma’s has created community and preserved it. The cooperative book store, coffee shop, bar, and radical space named after anarchist Emma Goldman began with a lofty goal, John Duda, one of its founding members, explains: “Let’s create an institution that could be self-sustaining and let’s run this thing as democratically as we want the world to be run.”

Back in 2003, Duda was one of many running the volunteer-only anarchist Fells Point bookstore Black Planet Books which had operationally and ideologically hit a wall. “People involved realized if everything is done on a volunteer-only basis, there was no vision of financial stability,” Duda says.

Red Emma’s would be a resource center that could, through book and cafe sales, actually pay its workers and stick around and provide continuity in a fractious, segregated, and siloed city seemingly always on the verge. Established in 2004 amid a burst of energy imagining alternatives to corporate globalization and opposing the Iraq War, Red Emma’s played a major role in local Occupy Wall Street organizing, and later as a flashpoint during Ferguson-related protests in Baltimore and Baltimore Uprising-related activities.

“I think there’s an interesting role that institutions themselves play in collective memory,” Duda says. “Institutions like Red Emma’s and other spaces provide what’s in between those moments, where people are going to reconvene and reflect and reorganize.”

A cooperative rather than collective (a wall lists all of its worker-owners and when they began), Red Emma’s tweaks the sometimes oppositional, puritanical perspective of radicalism, expanding without compromising. When its basement space on St. Paul Street became too small, they moved to a larger North Avenue bookstore/restaurant location in 2013. In 2018, they moved to an even larger space on Cathedral Street with a bookstore on one floor, and a cafe and bar on the other.

“We made the decision to pull the bookstore and restaurant apart physically,” Duda says, “so that we could do both of those things better.”

With its expansive vegetarian menu, well-curated book selection, and event space with a serious focus on literary talks, there’s something subversive about Red Emma’s as it infiltrates the city establishment, getting a little respectable along the way (their Radical Book Fair, which began in 2006, is now part of Baltimore Bookfest proper with its own Radical Book Pavillion). In Baltimore, inundated with businesses and nonprofits offering up change-agent language and not always delivering, Red Emma’s mining of the important if less provocative elements of radical politics—sustainability, inclusivity, a place to meet people and keep on meeting them—matters, whether you’re looking for a new book published by Verso, a cheap cup of coffee, or just a plug to charge your phone.

“I know one of the things you encounter through archives of past social movements is the charismatic leader and the dramatic protest actions,” Duda says. “But if you dig a little deeper there’s a whole structural history to social movements: the bars that people met at, the union halls where people would celebrate and mobilize.”