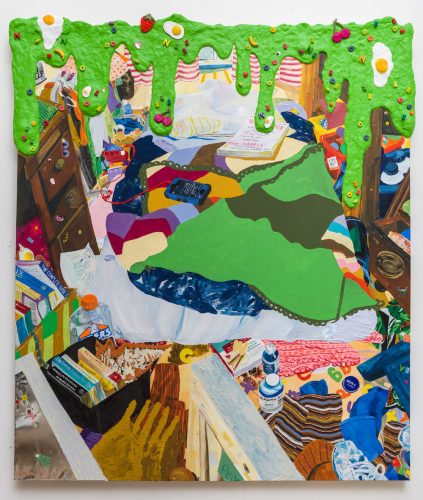 Uncomfortable Comfort: The Paintings and Sculptur [...] 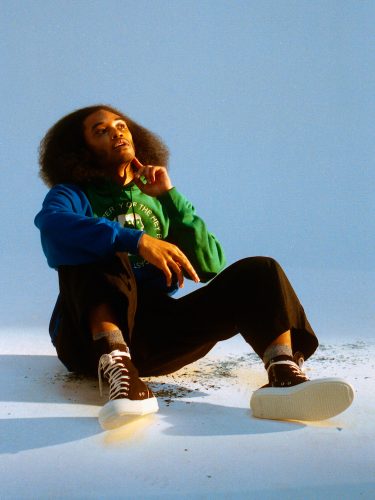 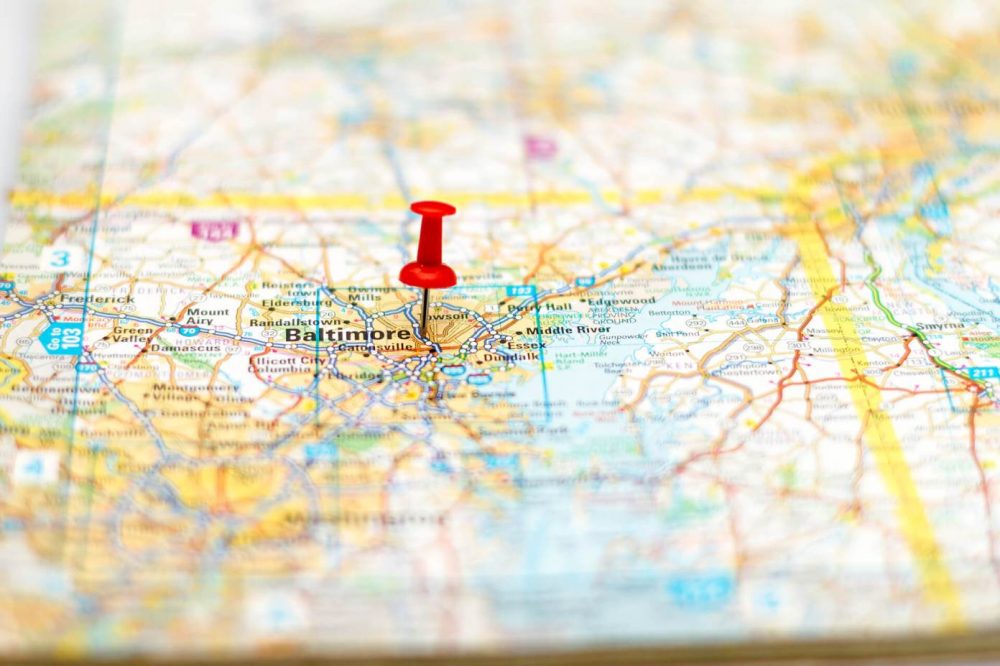 This week’s Baltimore news includes: Chemicals are forever, census data bleak for Baltimore, rally at the Walters, and more reporting from The AFRO, WYPR, Baltimore Magazine, and other local and independent news sources.

MDH: 96% OF THE STATE’S COVID-19 DEATHS SINCE LATE-JAN. WERE AMONG THE UNVACCINATED
by Bryan Renbaum
Published August 17 in Maryland Reporter

Excerpt: Nearly all of the people in the state who have died from COVID-19 since the end of January were unvaccinated, according to data the Maryland Department of Health (MDH) recently provided to MarylandReporter.com.

“This underscores the reason for people getting life-saving vaccines as soon as possible,” MDH Deputy Director of Communications Charles Gischlar said.

“The numbers are more evident that the vaccine works,” former Department of Health and Mental Hygiene Secretary Dr. Joshua Sharfstein said. “There is a large amount of data that is consistent showing that people who are vaccinated are much less likely to get seriously ill or die.”

Excerpt: The latest study of Baltimore’s problem-plagued water and sewer system reaches, among other things, this conclusion:

There are too many consultants on the job.

If that’s less-than-surprising to jaded government-watchers, consider findings in the report documenting just how much of this work is supervised, overseen and inspected by outside advisors (almost all of it) and how well government scrutinizes the costs (hardly at all):

• Of the roughly $1.5 billion worth of new construction undertaken in recent years to modernize water infrastructure and end sewage overflows, 100% of the design work and 100% of estimating is done by outside companies and consultants.

• Likewise, 90-100% of environmental services and 50% of construction inspections are done by outside companies and consultants, the study found.

• Baltimore City, meanwhile, delegates hiring authority to its DPW director, who can then ratify his decision as a member of the Board of Estimates.

That’s hardly the end of it.

Excerpt: Frustrated by the slow pace of employee vaccinations at some Maryland nursing homes and a small number of hospitals, Gov. Lawrence J. Hogan Jr. (R) announced on Wednesday that workers will soon be required to show proof of protection from COVID-19 or undergo weekly testing.

An executive order that Hogan signed will take effect on Sept. 1 and will apply to all 227 of Maryland’s nursing homes.

“We are concerned that the delta variant surge has led to an increase in infections among staff at nursing homes, which has been a consistent source of outbreaks,” the governor said.

Hogan also said the state will be “redoubling our enforcement actions” for nursing homes that do not comply or which “persistently fail to report their vaccination data.”

Excerpt: More than 50 people rallied in front of the Walters Art Museum Thursday to demand the management recognize AFSCME as the employees’ union.

“Who has the power? We have the power. What kind of power? Union power!” chanted museum workers.

Elizabeth Norman, who works in visitor experience for the museum, says she and nearly 100 co-workers have been trying to unionize for months.

They want museum officials to voluntarily recognize the union as their representative.

“The workers at the Walters right now are overworked, understaffed, and we are ready for a change,” Norman said.

The Look Ahead: Meghan McCorkell, director of marketing and communications at Enoch Pratt Free Library
by Donte Kirby
Published August 12 in Technical.ly Baltimore

“I feel like the mission of the library has never changed. The mission is always access,” said Meghan McCorkell, director of marketing and communications at the Enoch Pratt Free Library.

McCorkell was the guest on the latest episode of Technical.ly Baltimore’s The Look Ahead, a video interview series focused on digital equity and lessons from the pandemic year. McCorkell talked about how the library has pivoted to continue to serve the community and provide access, even when folks can’t physically be in the building. We chatted about new virtual resources, like Live Chat with a Librarian, where people can schedule Zoom calls with librarians to get one-on-one help with research. With its branches having long been digital access points, the library has also played a role in providing connectivity. It distributed Wi-Fi hotspots to the community, and the extented the Wi-Fi outside its branches to provide free internet to surrounding communities.

“From the first day, it felt like everyone was being groomed for a big firm,” says the 36-year-old Takoma Park native. “It was going to snap any sense of creativity I had, and I was afraid of becoming a robot. One day, I saw a young guy fixing up an old Victorian house in Philadelphia, and I wanted to do that instead.”

Not that he had carpentry experience, but Pollock sent an email to the small eco-conscious construction company that was rehabbing the home and asked if he could join the team.

“They basically said, ‘Yup, you can come and be free labor and push a broom.’” Quitting law school, he says, was “the best decision I ever made.”

He didn’t fully commit to the rehabbing lifestyle just yet. After pushing that broom for a while, he went on to graduate school and even took a housing policy job in D.C. Then, in 2014, he made what may well be the second-best decision he’s ever made: launching Brick + Board, which salvages the prized clay bricks and yellow pine of Baltimore’s abandoned rowhouses and resells the refurbished materials to builders, contractors, and craftsmen. (Pollock began his “deconstruction” career with the Baltimore nonprofit Humanim and spun Brick + Board, now a for-profit enterprise, out of Humanim.)

Excerpt: Last weekend, the Baltimore Police Department (BPD) tweeted out a series of photos of its officers and commanders participating in the beloved anti-violence event Baltimore Ceasefire. Along with the photos—which showed a child flanked by smiling police while holding a “Baltimore Ceasefire” sign, and Ceasefire co-founder Erricka Bridgeford receiving a hug from Police Commissioner Michael Harrison—the tweet posted on Saturday, Aug. 7, read: “Celebrating @BmoreCeasefire weekend with our community! #Unity#CommunityPolicing #MyBmore,”

A little more than a day after celebrating Baltimore Ceasefire and boasting of its dedication to “community policing,” the BPD shot and killed someone.

His name was Marcus Martin, he was 40 years old, and at around 3:00AM on Monday, Aug. 9, Officer Jeffery Archambault of SWAT shot him. A cousin of Martin’s widow took to Twitter to ask why it happened the way it did.

Excerpt: On August 3rd the Centers for Disease Control and Prevention (CDC) issued guidelines for a new eviction moratorium. Although this is a step in the right direction, it isn’t as expansive as the last one. For this reason, our government needs to do more to ensure that all Americans are protected from the threat of eviction during these unprecedented times.

The previous eviction moratorium was originally instituted by the CDC to curb the spread of COVID-19. Since COVID-19 spreads more readily in shared spaces such as shelters, evictions would place many families at an increased risk for contracting and spreading the virus. According to one estimate cited by the CDC, if an evicted family were to move in with relatives, that alone would result in a 30% increased risk of infection for members of that family. Presumably, crowded shelters would be even more dangerous.

Excerpt: With little federal guidance regarding “forever chemicals” in drinking water, a new report from the Abell Foundation calls for local, state and federal action to protect water supplies in Baltimore, Maryland and across the country.

Per- and polyfluoroalkyl substances, or PFAS, are a class of nearly 5,000 chemicals found in common household items, such as food wrappings, waterproofing sprays, fire retardants, carpeting and upholstery.

These “forever chemicals” do not break down in the environment, groundwater or drinking water supplies, and ingesting them can cause low birth rates, cancer, miscarriages, and thyroid problems.

Analysis: The Census Data and the Political Reordering to Come in Md.
by Josh Kurtz
Published August 13 in Maryland Matters

And yet, the newest population numbers from the U.S. Census, delivered Thursday on the hottest day of the year, hit them like a torrent of cold water in the face.

Baltimore’s dramatic 5.7% population loss over the past 10 years means the city is sure to face a corresponding loss of political clout in the decade ahead — no matter how many allies it has in the highest echelons of power in Annapolis.

That’s one of many political threads that will be pulled over the next several months, as state politicians and policymakers seek to use the Census data as part of the recipe for congressional and legislative district maps that will be in place until the elections of 2032.

Baltimore wasn’t the only Maryland jurisdiction to see significant population losses — far from it. But the latest numbers did produce a significant degree of handwringing in the city.