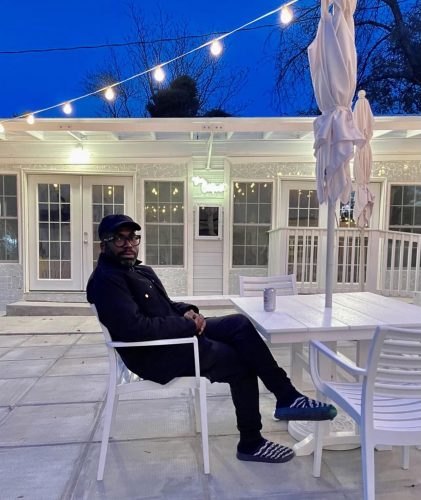 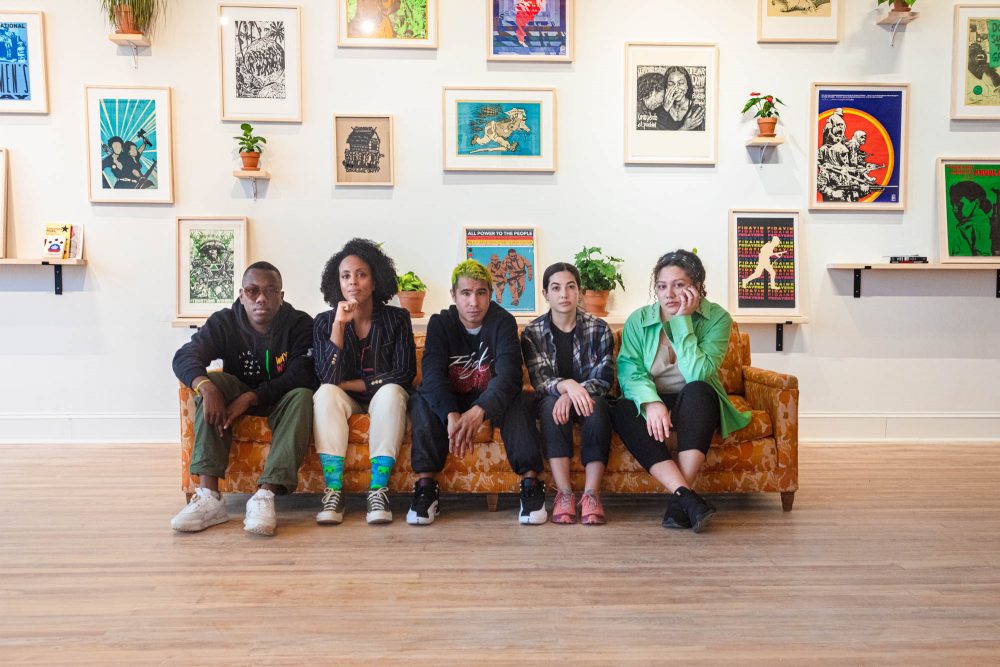 Walking through the front doors of Nomü Nomü’s new, sprawling North Howard Street location in Downtown Baltimore, it’s hard to imagine it all started in a DC living room eight years ago. The reluctant gallery materialized as a solution to director Joseph Orzal’s mounting frustration with the art world machine.

Orzal worked at the Corcoran Museum as an audiovisuals manager when the merger between the Corcoran, George Washington University, and National Gallery of Art was announced in 2014. As an employee of five years, he joined Save the Corcoran, a group of students, staff, and other stakeholders who organized a lawsuit against the merger. Simultaneously, he was in conversation with the National Gallery of Art for a position transfer in preparation for the impending acquisition. After being quoted in a Washington Post article, Orzal was relieved of his position with no official reason or hope of a transfer.

His main opposition to the merger was a fear that the Corcoran would lose its creative spirit, a special something that often comes with smaller, diverse organizations.

The son of immigrant parents, Orzal is a first-generation Washingtonian. As a painter and printmaker, he initially sought gallery representation. During our interview, he recalled an unpleasant exchange with a DC gallery, in which he stopped by to see if someone would look at his work, but the director found his request offensive and promptly kicked him out.

Rejected at both the commercial and institutional ends of the spectrum, the concept of Nomu Nomu emerged. “I was just like, I am not gonna make it. These people, this world does not want me in it. So, I was like, let’s start a gallery and do our own thing,” Orzal said.

Despite having zero income when it opened in 2014, Nomü Nomü existed by the grace of friends and a Joseph of all trades. The name Nomü Nomü comes from Orzal’s friend Nora Müeller, whose Washington, DC home housed the concept until 2019. Through the years, Orzal has also partnered with other cultural organizations to gain access to larger exhibition spaces.

At the beginning, there wasn’t a firm direction for Nomü Nomü beyond providing a home for displaced artists and curators, as soaring rental rates made exhibition space a highly coveted commodity. Orzal organized shows featuring local artists including Now More Than Ever, in partnership with Washington Project for The Arts, that functioned as a call to action to “confront liberal paralysis and address symbolic operations of racial privilege,” and Gift Shop, in partnership with Transformer Gallery, which “questioned the boundaries of commerce within cultural institutions.” Orzal also curated his own work, which he describes as “ranging from highly political to irreverent and nonsensical.” As Orzal describes, Nomü Nomü “was a place for me to do whatever I wanted to do creatively and for others to have the same freedom.”

The death of Eric Garner in 2014, and the uprisings against police violence that followed, brought more shape to the vision. After several discussions with fellow artists and volunteers brought on by the details surrounding Garner’s death, Nomü Nomü’s primary purpose became using art to challenge perpetual systems of oppression. In addition to exhibiting work that engages topics such as prison reform, consumerism, and identity, the space supports activists and organizers with printmaking and other forms of art to use during protest. Nomü Nomü’s first official show, entitled This isn’t activist enough, expressed ideas about making artwork in response to tragedy, something described by Orzal as “weak,” as he questioned who the sales of that kind of work truly benefit.

Over the years, Orzal and Nomü Nomü continued to be a fixture on DC’s scene as a disruptor. He staged an exhibition about gentrification in the lobby of the newly constructed Shay apartment building. As Orzal’s project was underway, residents of the Shay complained about Go-Go music in public space, igniting a 2019 uprising in the name of DC’s cultural preservation. Orzal quickly signed on to serve as creative director for the official Long Live Go-Go movement. Blending the moods of traditional Go-Go and Peruvian Chincha style flyers, he created a vibrant campaign and commissioned a coffee table book featuring photography from various protests and activations.

The pandemic and subsequent quarantine created an unlikely opportunity for expansion. When an anonymous patron of Orzal and Nomü Nomü purchased three adjacent buildings on North Howard Street, everything seemingly fell into place. The buildings, which were operated as one unit for many years, were sold as a set. In theory, the spaces will function as an arts ecosystem housing studio space, community art-making, and a place for an artist and curatorial residency program. All of them will be run by other yet-to-be-identified arts organizations in collaboration with Nomü Nomü. Due to both bureaucracy and supply-chain issues, bringing the buildings up to code has been a challenge, altering the renovation process. As of this writing, the gallery is the only part of the project ready for the public; the other units remain in limbo.

A graduate of MICA’s MA in Curatorial Practice, Orzal believes Baltimore will be a great fit for the next iteration of Nomü Nomü. His goal is to create a place where people, specifically those who are Black and Brown, can explore the range of programmatic offerings without having to “negotiate their identity.” Orzal hopes to create a community of care where all feel seen using wellness, performance and fine art, and music. To fine-tune these offerings, he’s brought on Baltimore’s own John Tyler, musician and organizer of the Love Groove Festival, to oversee the musical experience and Fanna Gebreyesus, formerly a curatorial associate at the Glenstone Museum, to be his co-director.

In its most ideal form, Nomü Nomü will host exhibitions and offer space for presentations to local artists and curators. There will be intimate musical performances, panel discussions, print-making lessons, and other community-led activations. Visitors will have access to rare books about art, culture, and politics in the community library and are encouraged to sit down, relax and simply be. “Typical galleries are just show spaces,” Orzal says. “I want to get as far away from that as possible.”

The 3,400-square-foot space maintains its living room beginnings with second-hand and homemade furniture. Boasting two levels and a printmaking studio, Nomü Nomü will officially open its doors at 709 North Howard Street on Friday, April 15th with an inaugural exhibition, Between Two Worlds. The opening runs 4-7 p.m. Featuring Cuban revolutionary prints, the work of Black Panther Emory Douglas, and other radical prints collected from artists on Instagram, the show embodies what Nomü Nomü stands for. “This show is about radical, revolutionary ideas and how we can be an accessible medium,” Orzal says.

With only a year of funding secured, Nomü Nomü’s success hinges on its ability to connect and build within Baltimore’s arts and culture scene. Balancing community buy-in while establishing financial solvency is a delicate, difficult dance many nonprofit organizations know all too well. Fortunately, Orzal and his team know how to put down roots.