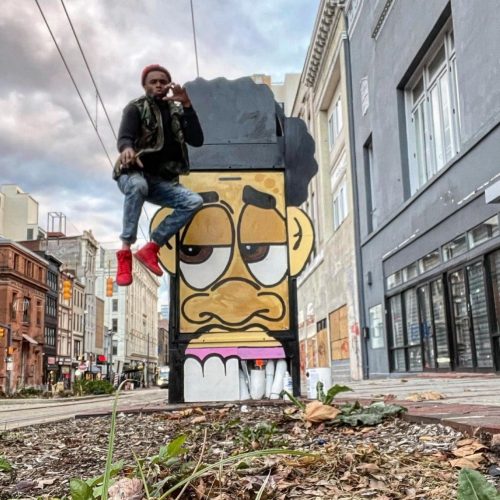 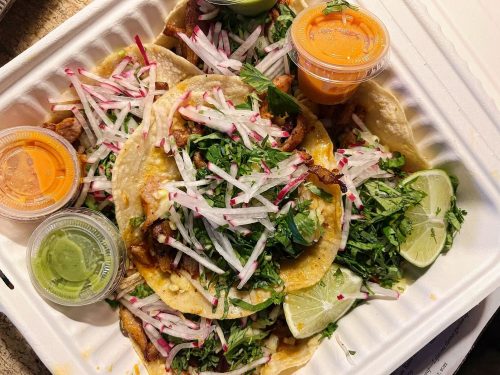 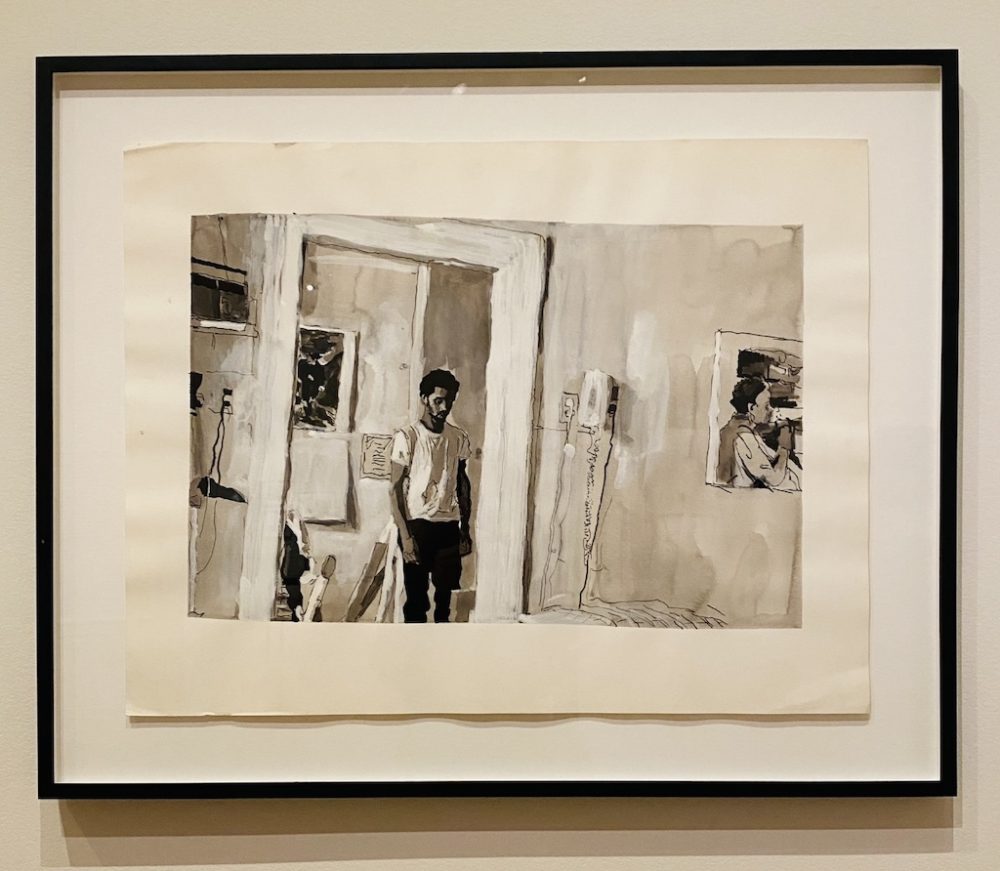 Darrel Ellis’s mother appears perfectly at ease. She reclines with one arm behind her head, the fingers of her other hand grazing her shoulder. And she would likely be smiling if her face weren’t displaced by a cubic apparition. Three-dimensional interruptions such as this are characteristic of Ellis’s photographic portraits such as “Untitled (Mother),” c. 1989-1990. In his process, faces seem the first to go, though limbs and adjacent loved ones are also vulnerable to rupture. The outcome is a fragmented view of family.

As his father died before Ellis was born in 1958, a fragmented family was Ellis’s reality from birth. Despite his father’s absence, Ellis pursued a relationship with him through art. He used his father’s photographs from the 1950s as primary source material for his work till his own early death in 1992. However, the themes of Darrel Ellis: Regeneration—the late artist’s first institutional retrospective now on view at the Baltimore Museum of Art—are not limited to the death of a parent.

For example, in “Untitled (Children Playing After Thomas Ellis Photograph),” c. 1981-1985, Ellis translated one of his father’s photographs into an illustration, interrogating the medium of photography with his loose graphite lines and thick strokes of black ink. The image depicts a small group of kids playing hopscotch on a warm day.

Like the lines of a coloring book, Ellis’s graphite lines only suggest a border for his brushstrokes—a principle at odds with photography’s use as a method of documentation. The grid of numbers that defines the game of hopscotch implies strict boundaries, but Ellis was unconcerned with such containers. The image seems prone to misbehave, not following even the direction of his initial guiding sketch. Or, to phrase this lawlessness more affirmatively, the image is unbound and reality is rendered a shifting landscape beneath one’s feet.

“...my work looks like it's collaged or cut up, but it's only an illusion—nothing is destroyed. The photos, the negatives, are perfectly intact.”

Throughout his work, Ellis freed his images from worldly restraints. His younger sister Laure is depicted as multidimensional and alien in a series of portraits that replaces her head with sometimes a circle, sometimes a square. In one instance she is orange and in another, blue. As a series, “Untitled (Laure on Easter Sunday),” ca. 1989–1991, is like watching a multiverse unfold; Laure clutches a stuffed bunny all the while. Notably, Ellis himself is not present in any timeline, as he had yet to be born when his father took the original photograph.

Once Ellis completed an initial portrait, he frequently refabricated the photographic image—including the geometric shapes and abstract distortions—as a drawing or painting, further distancing the subjects from a recognizable reality. In “Untitled (Friends),” c. 1990, Ellis used graphite line work, brush, black ink, and wash to show a loving group of people that literally lean on each other for support. However, as chins and noses elongate, faces tilt or begin to swirl, this precious moment seems on the precipice of spiraling into the surreal.

While a close group of friends is considered a grounding force in life, this image complicates the certainty of that support and begs the question: how much can we rely on our support systems if the systems themselves are prone to shift, dissolve, or disappear entirely?

In playing with the tension between the visible and the invisible, Ellis’s work also invokes a dominant theme in the rhetoric surrounding HIV and AIDS. The appearance of a healthy person is just that; it takes more than a glance (or a photograph) to detect a virus. Ellis’s notebooks show his own struggle for knowledge when he writes plainly, painfully: “Do I have AIDS?”

Ellis died of AIDS-associated complications at the age of 33, ending his career as an artist just as he began to gain some momentum in the New York art scene. This was the same age, coincidentally, that his father passed away—another tragic yet powerful point of paternal connection.

Thomas Ellis, Darrel’s father, is integral not only to the backstory of this work but also to the younger Ellis’s image-making process and intellectual interests. Ellis often began a portrait with the negative of a photograph his father shot about three decades prior.

That negative was then projected onto a surface Ellis sculpted from plaster, with raised or submerged geometric shapes that intentionally disrupted his father’s original composition. (The BMA has included a reproduction of this unique studio setup in the exhibition so one can easily understand the process). But while the wall text for Darrel Ellis: Regeneration informs visitors that Thomas passed away before Darrel’s birth, it takes a little extra-curricular digging to discover that Thomas was killed by the police. 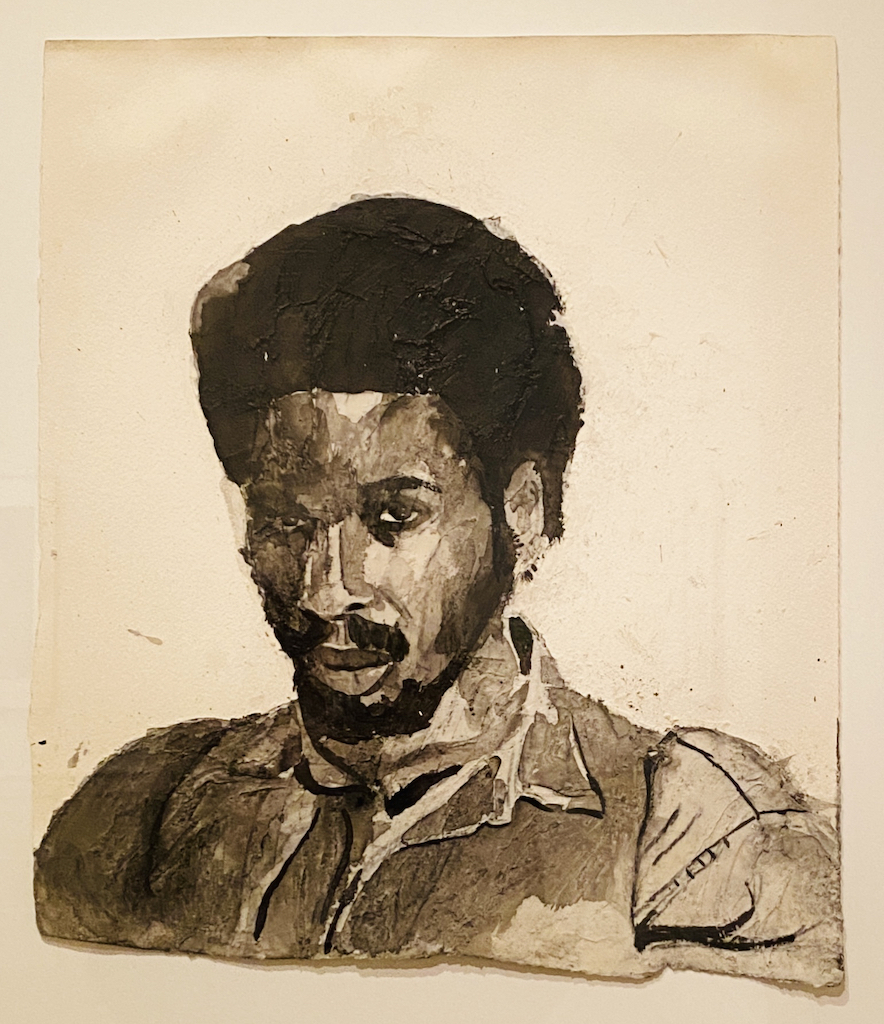 This violent detail is conceptually significant. The identities of Ellis’s subjects are individual because they are family members with their own names and histories; however, these identities are also collective because, with their faces obscured, his mother and his sister become a mother and a sister—archetypes in a larger collective narrative about Black family life in the 1950s. Therefore, his work is processing not only the absence of his own father but the ways in which any young family would be disrupted by a father’s death at the hands of an institution. The fact that Black men are still routinely killed by the police makes the work resonate even more poignantly.

Still, one gets the sense that working with his father’s negatives was primarily a personal endeavor. Through the medium of photography, Ellis could maintain a connection with a man he never met, creating an intergenerational continuity that wouldn’t otherwise be possible. The occult undertones of this process are reinforced by Ellis’s documented interest in practices such as astrology, Jungian psychology, and the I Ching.

In working with a fixed set of decades-old family portraits, Ellis constantly conjured the past. His sculpted surfaces acted as a sort of Ouija board, though instead of a planchet, Ellis was guided by his father’s original negatives to commune with his spirit. Rather than simply receiving information through this process, which Ellis might glean from making straightforward prints, Ellis entered into dialogue with his father. Consequently, one can see both voices, now integrated in a way that collapses the distinction between father and son.

Ellis’s distorted portraits complicate the candid intimacy associated with family photos. In what would otherwise be a photograph of Ellis’s mother and sister gazing lovingly at one another, he obstructed their eyes and mouths with a series of square and circular depressions.

The resultant white spaces might represent gaps in communication or an imperfect connection. Though these spaces might also serve as opportunities to fill something in or save space for something (or someone) else. It seems perfectly plausible that by dissolving boundaries and imposing white space into his father’s original images, Darrel Ellis re-sculpted the past so that he was able to squeeze himself in, death be damned.

The exhibition was organized by Leslie Cozzi, BMA Associate Curator of Prints, Drawings, and Photographs in collaboration with The Bronx Museum of the Arts

Photos by Cara Ober and Mitro Hood, courtesy of the BMA