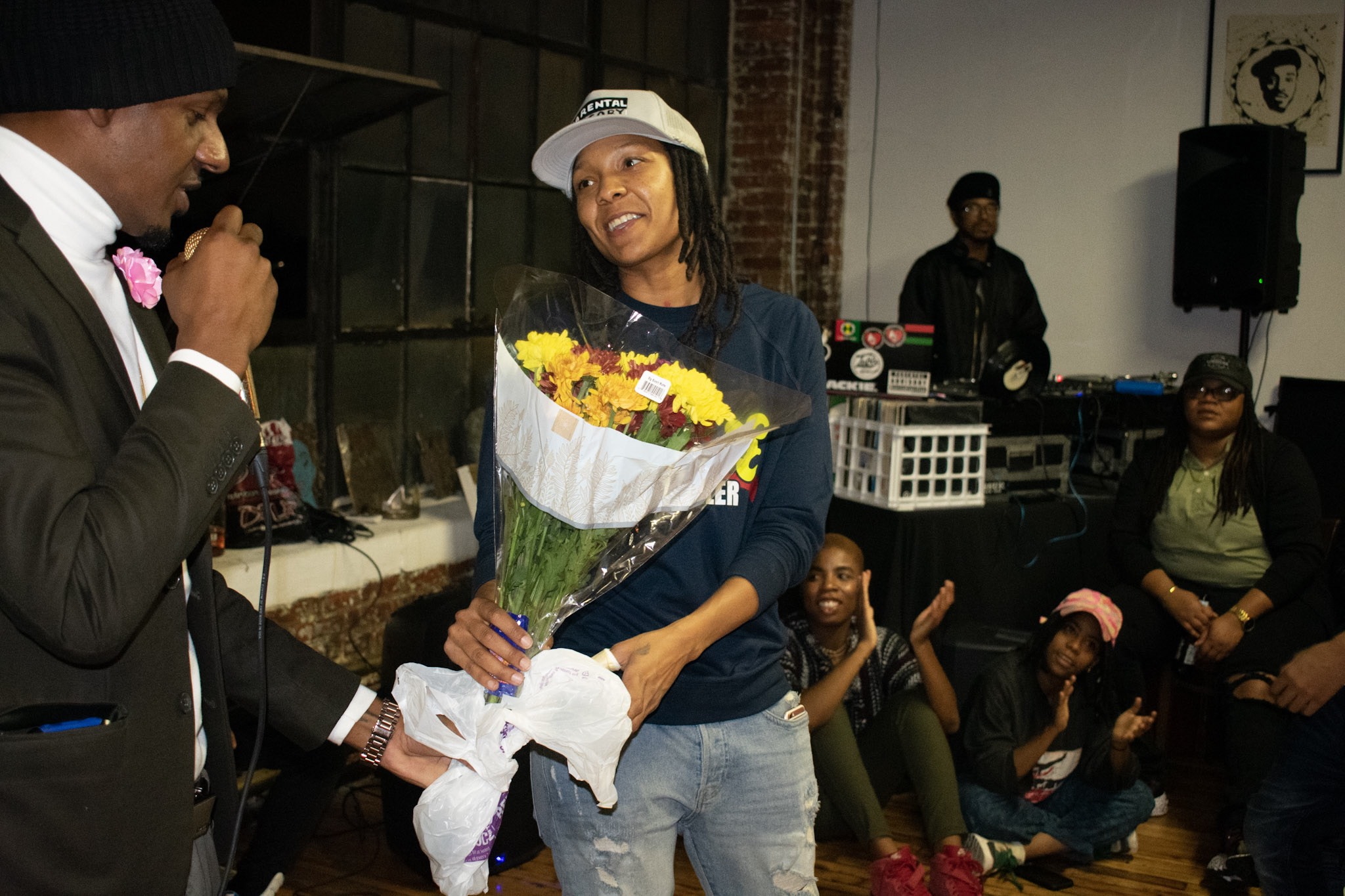 Behind the Scenes of Be Civil Battles 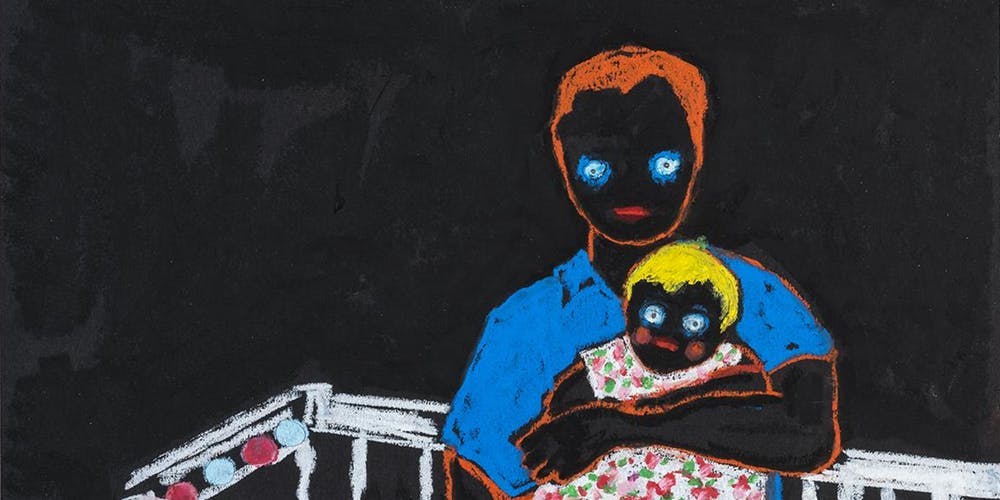 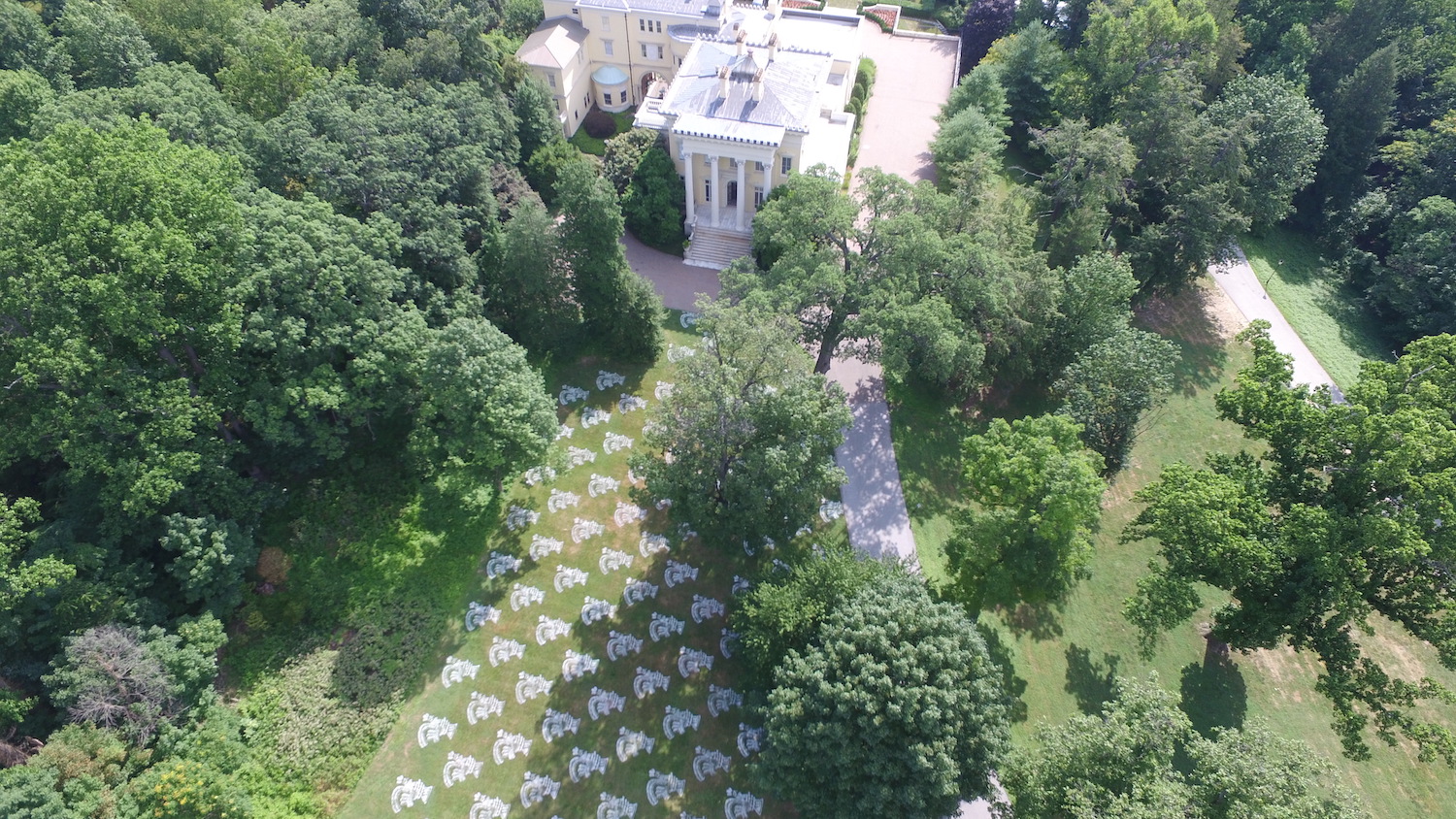 Tony Auth installed dirt bikes at the Evergreen Museum & Library for his 2017 artist residency, but he had to clean them thoroughly before he did. And drain them of gas. And inspect them for spiders. He says it kind of felt like telling your dog, “Don’t shit on the carpet when you come into this nice house.”

For his installation Melding Museum and City, Auth wanted to bring some of Baltimore inside the historic home and take some of the Evergreen outside onto its free, public grounds. It’s easy to travel north on Charles Street through leafy Guilford and the campuses of Loyola University Maryland and Notre Dame of Maryland University without even realizing that you’ve passed Evergreen and all that lives inside of it. Auth, an Annapolis native and MICA graduate, invited friends and local artists to the opening, many of whom didn’t know much about the place. 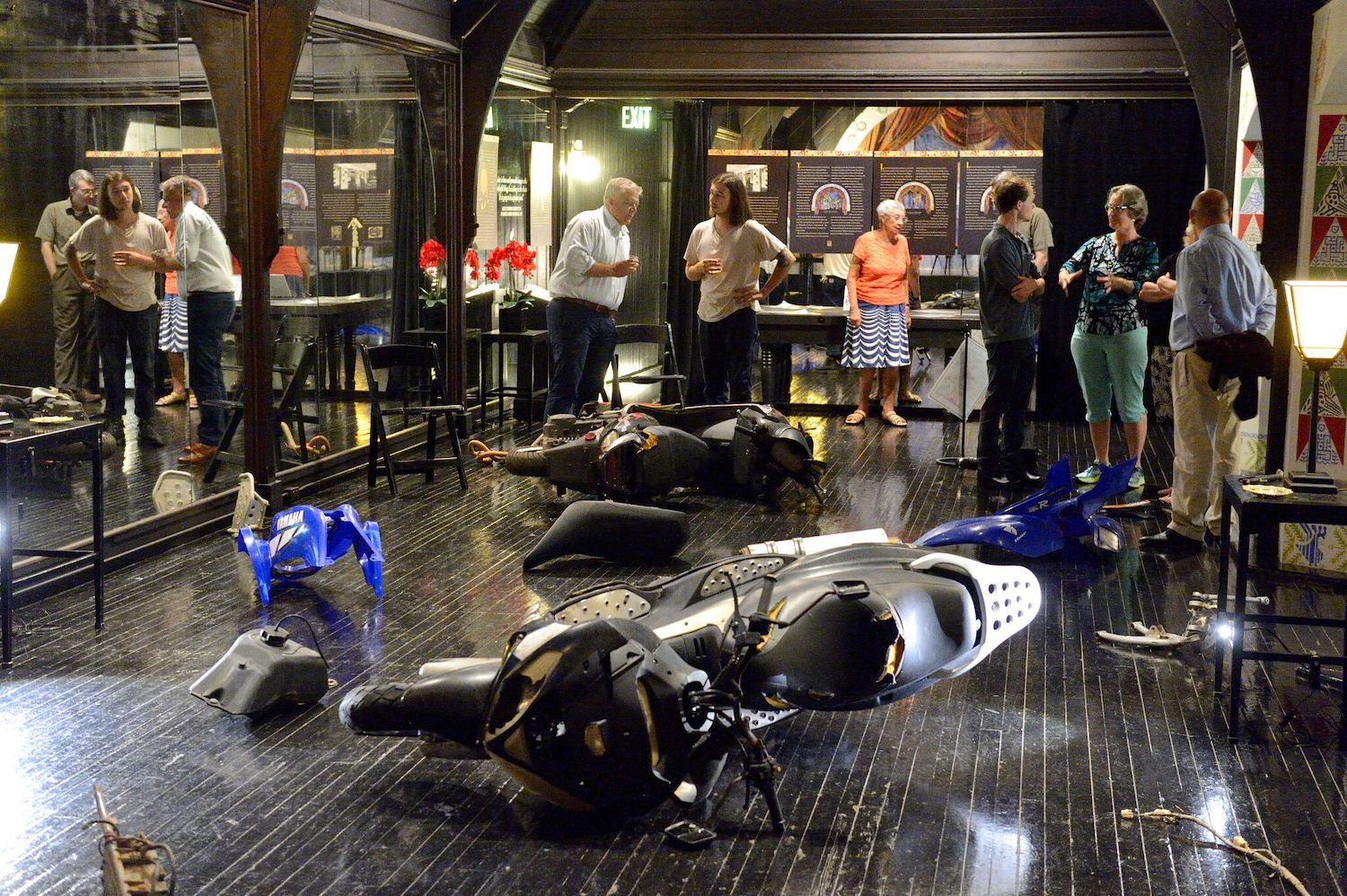 Though the institution has felt relatively detached from the greater arts community, more locals, especially artists, ought to know about the Evergreen and what it can provide. Two generations of the railroad- and trade-magnate Garrett family lived on the property, from roughly 1881 to 1952, and stuffed the home with art, furnishings, books, and more. John Work Garrett and Alice Warder Garrett, the second generation of Garretts who lived in the house, welcomed artists into their lives, and their legacy largely shapes the Evergreen as a living resource for artists and the public today—especially with its residency program, House Guests, which gives artists nearly free reign to explore the house and its collections, and create work in response.

Touring the house and its holdings can easily overstimulate, with its vast collections of European and American paintings, intricate Japanese lacquerware, Chinese ceramic vessels, and Tiffany glass. The spacious, dusky library’s floor-to-ceiling walnut shelves store thousands of volumes from the Garretts’ book collection, including rare bibles, folios of Audubon’s Birds of America, and early volumes of Chaucer and Shakespeare. And, of course, more.

And there are gritty, funny details throughout the home—that photo of Mussolini, signed to Alice Warder; the pet cemetery for Alice Whitridge Garrett’s beloved Pomeranians; the sunny, teak-paneled room where a green bathtub sits inside a vain, mirrored nook; the Marie Antoinette-ness of it all. The place drips with complex imagery, dissonant luxury, and multivalent possibility.

The Garretts, who immigrated to the United States from Northern Ireland in 1790, built up their considerable fortune through trade, banking, real estate, and, most famously, the Baltimore and Ohio Railroad. In 1858, John Work Garrett became president of the railroad and officially supported the Union cause during the Civil War.

In 1878, the Garrett family business, Robert Garrett and Sons, purchased the Italianate mansion that later became known as Evergreen. In 1881, John Work Garrett’s son, Thomas Harrison, moved into the house with his wife Alice Whitridge and their three sons. They added on dozens of rooms, displaying their eclectic decorative style, still visible in the home today, especially in the front room with its jarring, boastful profusion of Victorian, Classical, and Orientalist decorative motifs—and an absurd gold bathroom, featuring 23-karat gold-leaf window frames, cabinetry, and toilet seat.

In 1905 their oldest son, John Work Garrett, met Alice Warder, whose dedication to contemporary art captivated him. Studying with contemporaneous masters, Alice felt it vital to create art herself if she was going to collect it. They married and traveled for John’s work as a diplomat in Rome, Venezuela, Paris, and elsewhere. On these travels, Alice befriended artists, including Russian Léon Bakst, who essentially became Evergreen’s first artist in residence and famously transformed its theatre with stenciled patterns inspired by Russian folk imagery.

Before John died in 1942, he bequeathed the house, the grounds, and his collections to Johns Hopkins University, and requested in his will that Evergreen remain “hospitably open to the lovers of music, art, and beautiful things and to qualified and competent students and investigators, who could make use of its collections.” To fulfill that wish, before her death in 1952, Alice partnered with Johns Hopkins University and formed the Evergreen House Foundation. The foundation maintains Alice’s art collection and furnishings and supports exhibitions, upkeep, and public programming through an annual endowment distribution, while the university owns and operates the grounds and buildings and runs the House Guests program.

James R. Garrett, current foundation president—John Work Garrett was his great-uncle—emphasizes the Garretts’ philanthropic legacy: “They really had that sense, that idea that those to whom much has been given, also much is expected.” 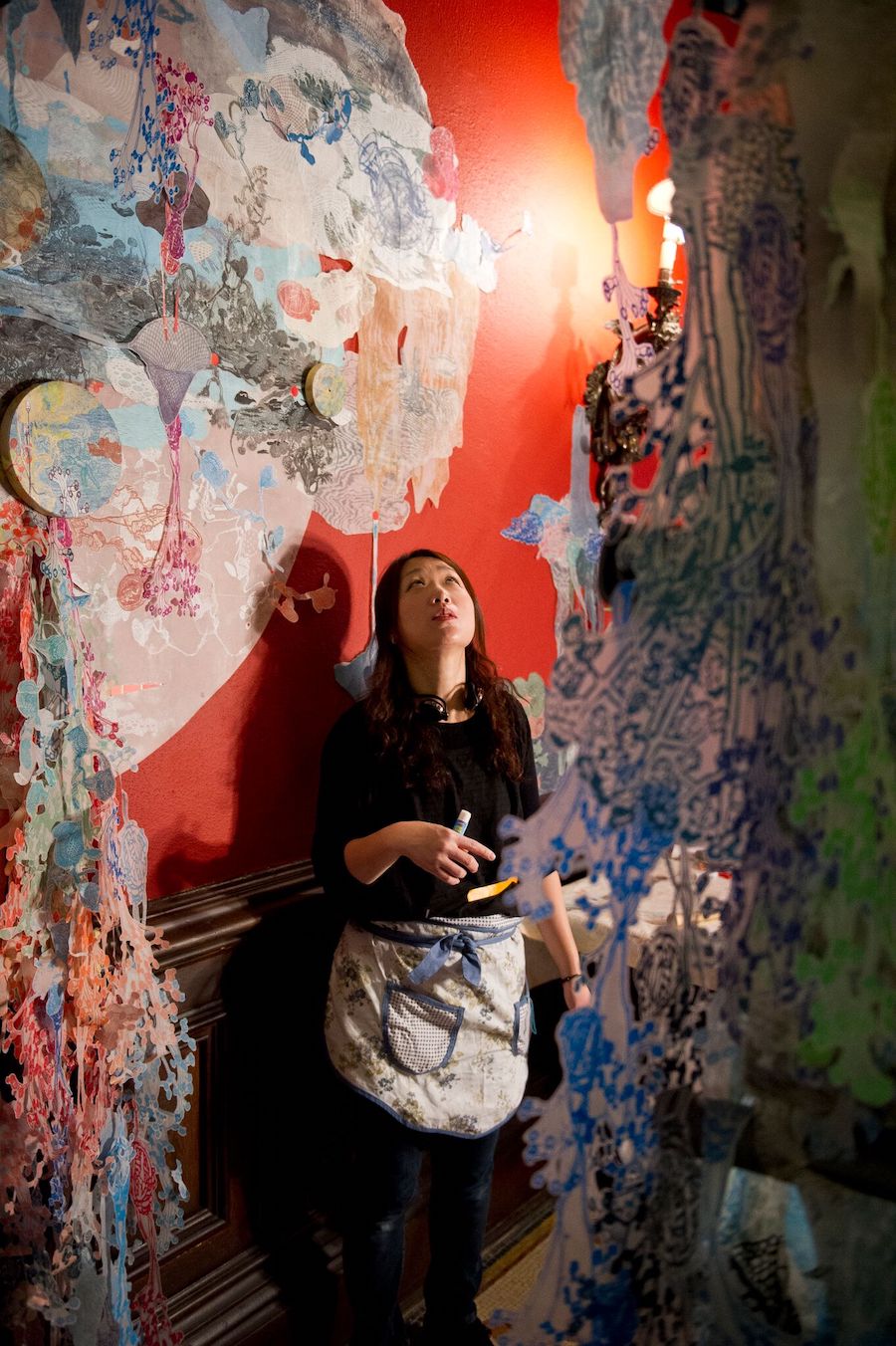 When the House Guests are lucky, they can get away with a lot. Tai Hwa Goh, a New Jersey-based printmaker and House Guest in spring 2012, became fixated with the Evergreen’s main staircase and its transitional function between the house’s public and private spaces. She created prints of botanical imagery on mulberry paper, dragged the paper through beeswax to make it translucent, and cut and layered the prints, affixing them directly to the staircase’s walls.

“I can glue my pieces on the wall, [and] they said, ‘It’s OK, we can take care of it,’” Goh says. Perhaps the timing was right: The alluring red walls have since been redone with a pattern that mimics the original red silk damask that formerly covered the walls.

Cindy Kelly, a New York-based independent curator who was the museum’s director when the House Guests program began in 2001, drew inspiration from Alice and John Garrett’s fellowship with contemporary artists. According to Jackie O’Regan, curator of cultural properties for Johns Hopkins University and a former director and curator of Evergreen, Kelly intended the program to “either have artists come that were from Baltimore or have artists come from out of Baltimore in order to experience working in Baltimore.”

O’Regan adds that the program doesn’t dictate what the artists create during their residency. Heather Sultz, a Los Angeles- and Chicago-based dancer and choreographer, roamed the house and researched in the library during her 2012 residency. Her performance brought the audience outside and through the museum, and each movement in each room, Sultz says, was inspired by “what the space was used for, or the architectural detail, or the art, or a combination.”

Auth, the most recent House Guest, chose two designs from the Bakst Theatre to stencil onto Evergreen’s lawn, and brought those dirt bikes into the theater. Dirt bikes are a poignant way to bring up some of the friction in Baltimore: They’re frequently a subject of debate over whether the city should build a dirt bike park for the people—often black youth from over-policed neighborhoods—who thrillingly zip between cars, or whether the bikes are simply a dangerous nuisance.

“It was fun for me to come in and bring this weird energy to it,” Auth says of his time at Evergreen. “This museum is in the city, and this city has changed since the architectural space was built.” 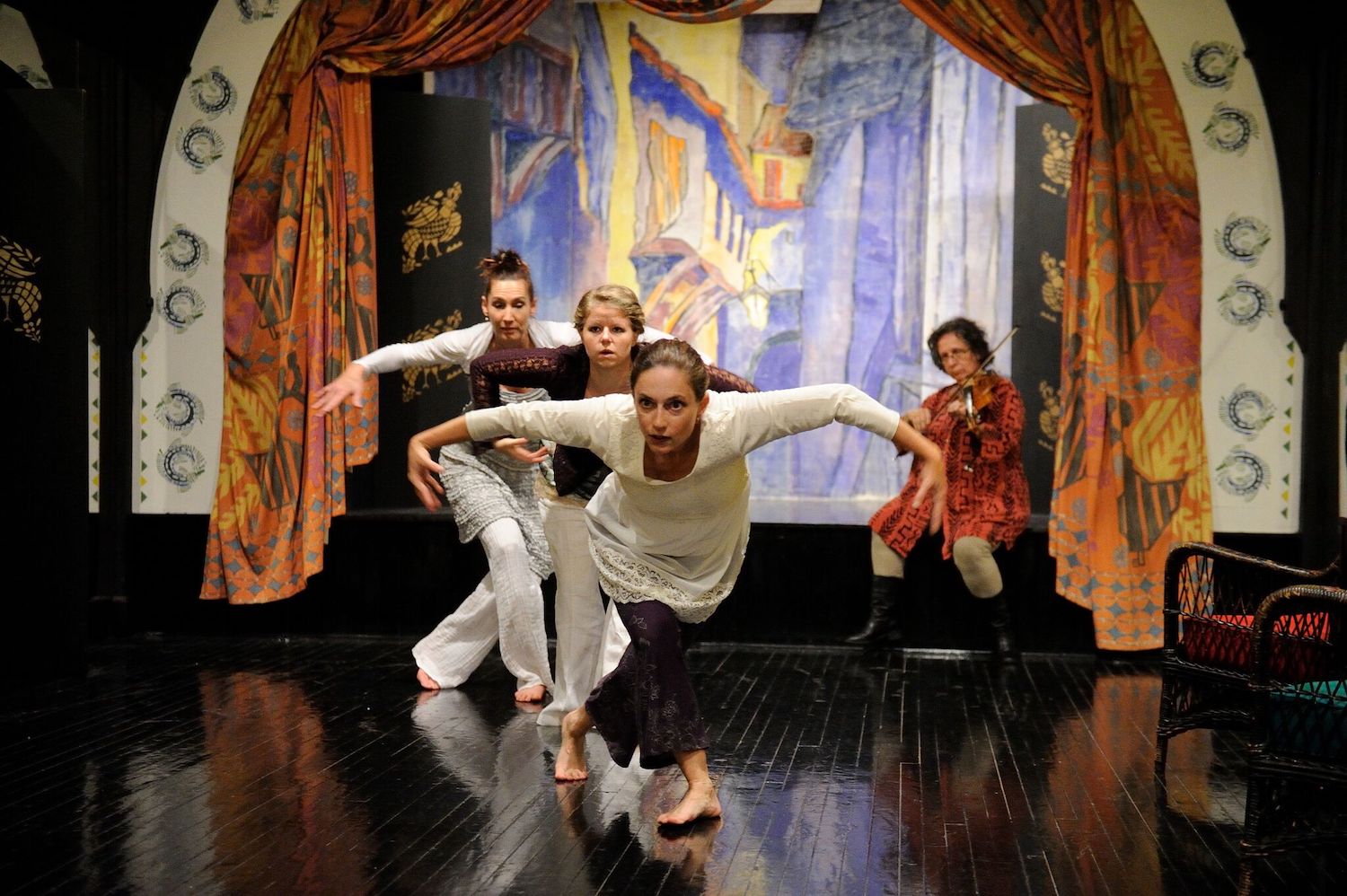 Photos by Will Kirk and Healther Stalfort, Courtesy of Evergreen Museum & Library

Editor’s Note: This article was originally published in The BmoreArt Journal of Art + Ideas: Issue 06 Home 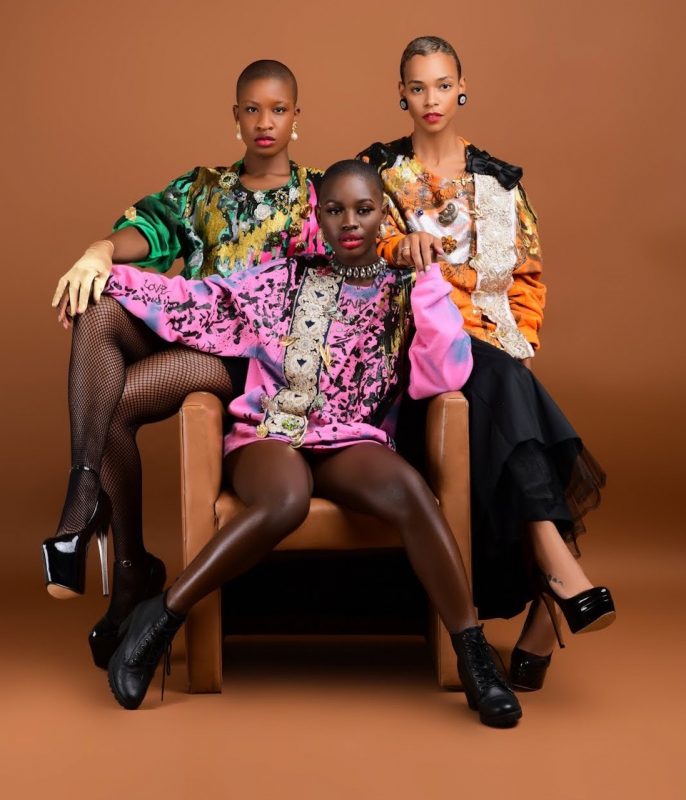 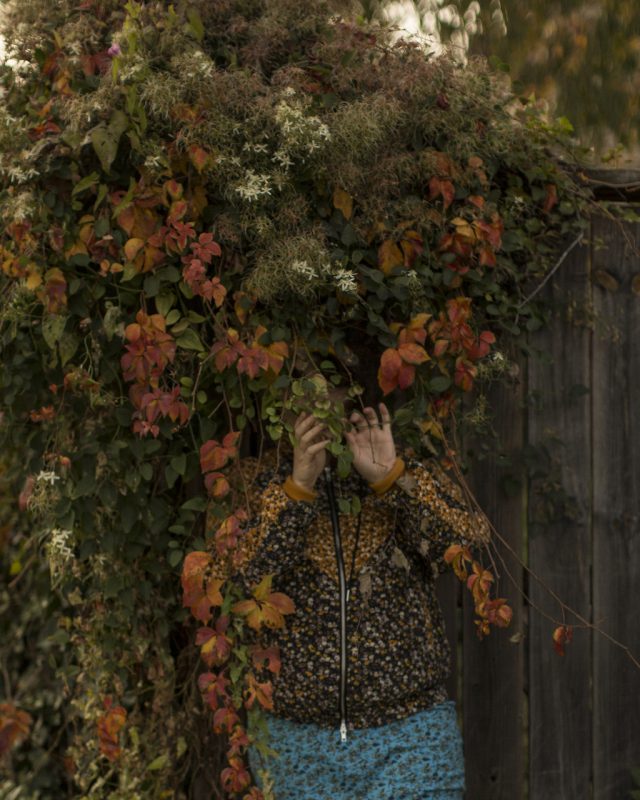 Fashion & Lifestyle
The Shortest Year: Moments from the Ephemeral 2021
A Year in Photos by Jill Fannon

At the cusp of a new year, it feels important to look back and take stock, to record the past year the only way we know how: through the vision and work of an artist, in this case Baltimore-based photographer Jill Fannon.