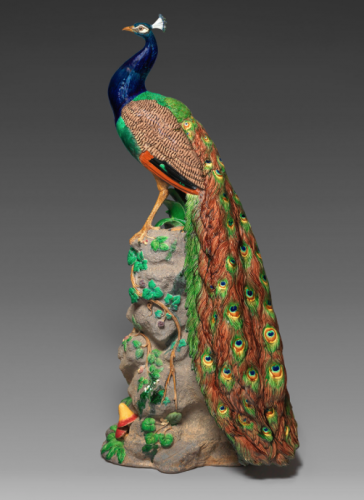 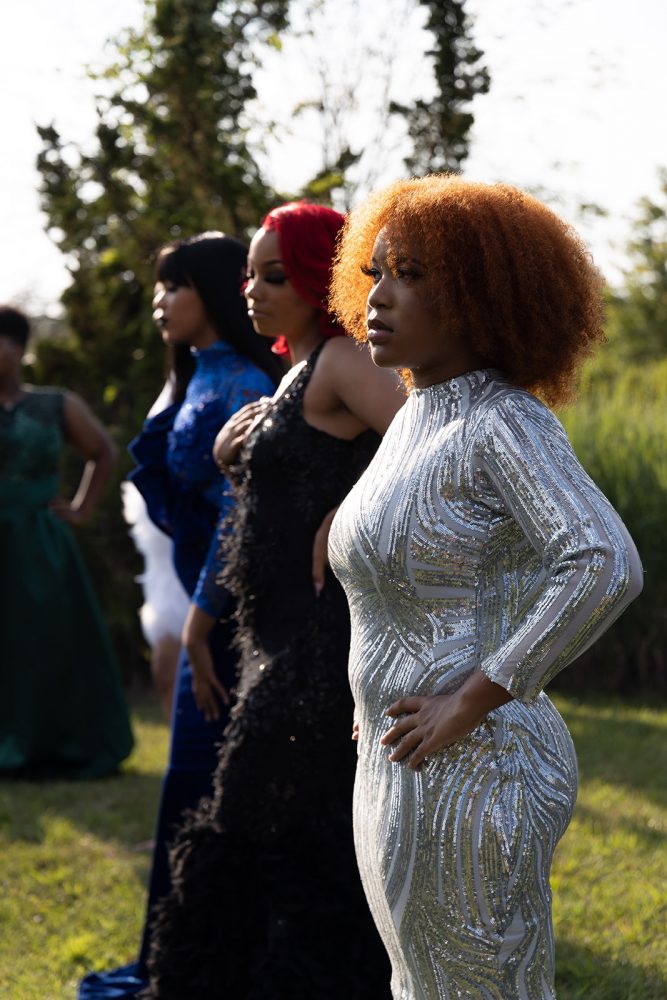 Octavia Butler famously recorded her intentions as a Black woman science-fiction writer through various notes to self on paper, on the margins of drafts, and in journals. In one oft-quoted back-of-the-notebook scrawl, Butler declares that she will become a bestselling writer whose work is reviewed in big-name publications and who will use her fame to get herself a nice house and to “help poor black youngsters broaden their horizons,” among numerous other promises. “SO BE IT! SEE TO IT!” she exhorted herself. And she did.

Butler’s note was one of many sources of inspiration for participants in the latest session of A Revolutionary Summer (ARS), the reading and writing program for Black girls cofounded by Andria Nacina Cole in 2015. Each summer culminates in a final public project or presentation; previous iterations included a mural of Black women writers the girls painted with Megan Lewis, a children’s book they published, and a play they wrote. Summer 2021’s final assignment was to write a manifesto.

All of these activities, especially these interactions with literature, visual art, and film in community with Black girls and women are meant to encourage the daughters’ ability to tap into their own internal authentic power, as Cole described it to Jalynn Harris in a BmoreArt profile. “Where external power comes from resources Black women have historically been locked out of—money, land, influence—authentic power is something you always possess,” Harris wrote. “It’s the ability to manage yourself, remain in your integrity, uphold your boundaries, and, as much as possible, take the higher road.”

The 2021 summer session was held in person during that sweet chunk of time post-vaccine when we all thought the pandemic was just about over. Daughters studied texts such as Elizabeth Acevedo’s The Poet X, Sister Souljah’s The Coldest Winter Ever, and Audre Lorde’s The Master’s Tools Will Never Dismantle the Master’s House, music including Jazmine Sullivan’s album Heaux Tales and SZA’s Ctrl, and paintings by Megan Lewis, among other works of media and culture.

In the intro to A Revolutionary Summer’s new digital magazine, which features the manifestos, portraits of the daughters taken by Schaun Champion, and more information on the program, Cole writes about the power that Black women writers like Lucille Clifton, Toni Morrison, Audre Lorde, and Alice Walker give her and how she wished she knew them earlier in her life. These and other writers “honored the black experience, not by pretending black life was fragile or by sitting it on some pedestal or by only pointing out what was lovely and divine about it, but by conveying it accurately and excellently.”

The aim of ARS (presently run by Mamas and Youth Leaders including Cole, Andrea Better, Shamoyia Gardiner, Nicole Karikari, Sol Leandry, Breyauna Nelson, and newly designated co-director Jamesha Caldwell) is to create “the conditions that inspire, keep safe, and celebrate black girls”—to help them cultivate authentic self-images and remind them that, still, they are so much more than any singular image. “That’s a tricky feat,” Cole notes, “to demonstrate both the power and the limitations of the story, but it’s a worthy one.”

Split into groups, the 21 participants worked with writing coaches who shared examples of manifestos, led workshops, and helped them with their drafts individually. Some girls dove into the assignment, eager to put ink to the thoughts and desires in their heads, while others approached it less certain of what they wanted to say.

For Kalea Harris, the process was a struggle for a while. “I was trying everything to avoid writing about myself,” she said in an interview. Her interactions with her writing coach involved a lot of questions—from both sides. “When I was towards the end, I was asking, ‘Is this done? Do I need to add anything else?’” The writing coach turned it back to her: Do you need to add anything else? “I really appreciated that because I was struggling so much to be confident in my writing,” Kalea said. “She made me realize that it was my writing, and nobody should tell me how to write it.”

Kalea’s piece reflects that lesson at the top: “I have always hated the idea of appearing weak,” she writes within the first few lines. “But the trauma I’ve been through makes me stronger, and sharing it doesn’t make me weak; it shows my perseverance.” Further down, she observes that “The erasure of Black girlhood is a serious issue.” She asserts that she’s been a fighter since birth (“The doctor had to drag me out kicking and screaming, literally.”) which helps her understand her need for love, respect, and the right to feel “angry, confused, sad, to be happy and not have it taken from us.”

Kalea and her twin sister Siniya Harris have been attending A Revolutionary Summer for five years; last summer was their “training summer” to become youth leaders. Like her sister, Siniya felt unsure at first but then realized she just needed to write something that was for herself. “If I got lost, if I lost sight of who I was or what I stood for, it was supposed to be like a candle to guide me back,” she said.

Siniya wrote four versions of her manifesto, each reading differently and all “coming from four different places,” she said. The one that’s published in the magazine contains a long list of affirmations and beliefs—promising to stand up for others, to respect her own and others’ boundaries, and to remember her “worth and accept nothing less,” the latter affirmation particularly reminiscent of June Jordan’s “Resolution #1003.”

For Zawadi Sankofa, also a new youth leader, the assignment seemed too big at first. But prompts and exercises from her writing coach helped, especially one suggesting she look around and simply observe the objects near her. Rosewater, which she always keeps on hand, provided an opening. “You don’t have to start big,” Sankofa said. “It was so daunting—oh, I have to write a manifesto, I don’t even know what manifesto means.” All you have to do, she learned, is break it down into smaller parts.

And Sankofa’s piece, “Dear Black Girl,” written like a poem, advises the reader to similarly pay attention to and savor all of the details, the way their mother adorns herself, the “corner store delicacies” of “sorta-flat soda and stale honey buns.” She tells her reader to “feel beautiful” wearing their hair out on picture day, to “let your best friend lay your baby hairs in the weird-smelling cafeteria bathroom before school on your thirteenth birthday.”

While some writers were apprehensive about the assignment, new youth leader Iyon’a Austin was thrilled about it. Her piece describes the safe and comforting environment that she creates for herself, which acts as “a fortress and an extension of me.” Throughout the manifesto, this space seems to alternate between the literal and the metaphorical, with its strong foundation “built from survival and growth, taking the form of earth-tone stones.” With great architectural and sensory detail, Austin describes how each room smells, looks, and feels, and how she built it with intention. She also acknowledges her forebears: this place sometimes reveals “a hint of the love that made me” with the “gentle scent of black coffee and a fresh pack of Newports wisping through the breeze.”

Discussing how she wrote the piece, Austin mentioned the patriarchal condescension that tells women to “lower down your standards or make yourself smaller,” she said. Her manifesto is a rebuttal to that. “I deserve this. I know what I want. I’m not going to question myself or make myself smaller for other people to feel comfortable,” she said. “So I’m telling you what I want, how I want it, and what I want to accomplish. And either you’re gonna ride with me till the wheels fall off, or you just gonna go fall off.”

For the portraits, taken by Schaun Champion on a beautiful, not-too-hot summer day, most of the girls wore dresses custom-made by youth leader Sol Leandry, Cole’s daughter, a budding fashion designer who is currently studying fashion merchandising at Morgan State University. Austin remembered being so excited for the photoshoot that she couldn’t sleep the night before. She had been feeling a little down before ARS began that summer. “I was like, I really need to do a photoshoot, I’m not feeling myself,” she recalled, adding that ARS has a way of giving her just what she needs. “I feel like A Revolutionary Summer just kind of pulls in like, well, we’re doing this. And [then] it’s like, oh, I needed this. And you didn’t even know you really needed it.”

The manifestos in the magazine take the form of poems, essays, stories, and letters. Some are loud as if shouted behind a bullhorn; some read like prayers, like intention-setting. Several certainly embody the confident, matter-of-fact energy of Octavia Butler’s notes to self; others convey whispers of the revolutionary knowledge and care that Audre Lorde expressed in her essays.

Enabling Black girls to find their own voices is a critical endeavor for ARS, especially in a world (in a country, state, a city) that doesn’t invest enough in children, and especially in a police state that doesn’t let Black children have childhoods. In an interview, Cole said that it’s affirming to hear from ARS supporters and participants that the program’s practices are working, cultivating young people’s real senses of self, teaching them about communication, conflict, and consent. But “on the other hand, it’s just school, we just created the conditions under which children learn,” Cole said. “Quite honestly, this is what school should always feel like.”

No single program, person, book, work of art, or film can give a person everything they need. But what Cole and the other Mamas, Youth Leaders, and Daughters learn together every summer is that all of these things can affect—and ideally strengthen—your own foundations. That effort, like most interactions and experiences in life, ripples outward and regenerates. “I want to teach when I’m older, and Revolutionary Summers have shown me what a healthy educational space can look like,” Sankofa said. “Like Ms. Andria said, this is what school should be like everywhere because this is how people can learn and grow together.”

A Revolutionary Summer is hosting a virtual community presentation of The Manifesto Issue on February 4 at 7 p.m.

All photographs by Schaun Champion; courtesy of A Revolutionary Summer