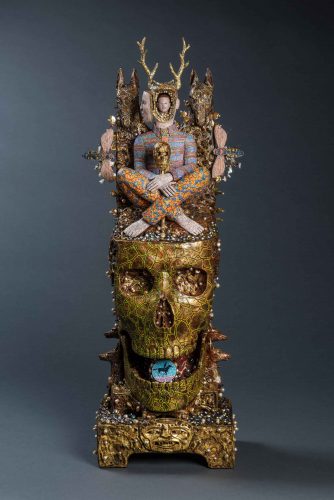 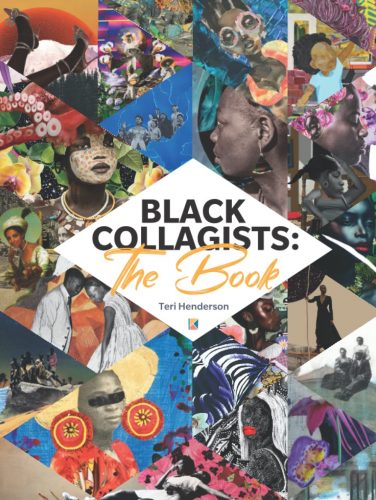 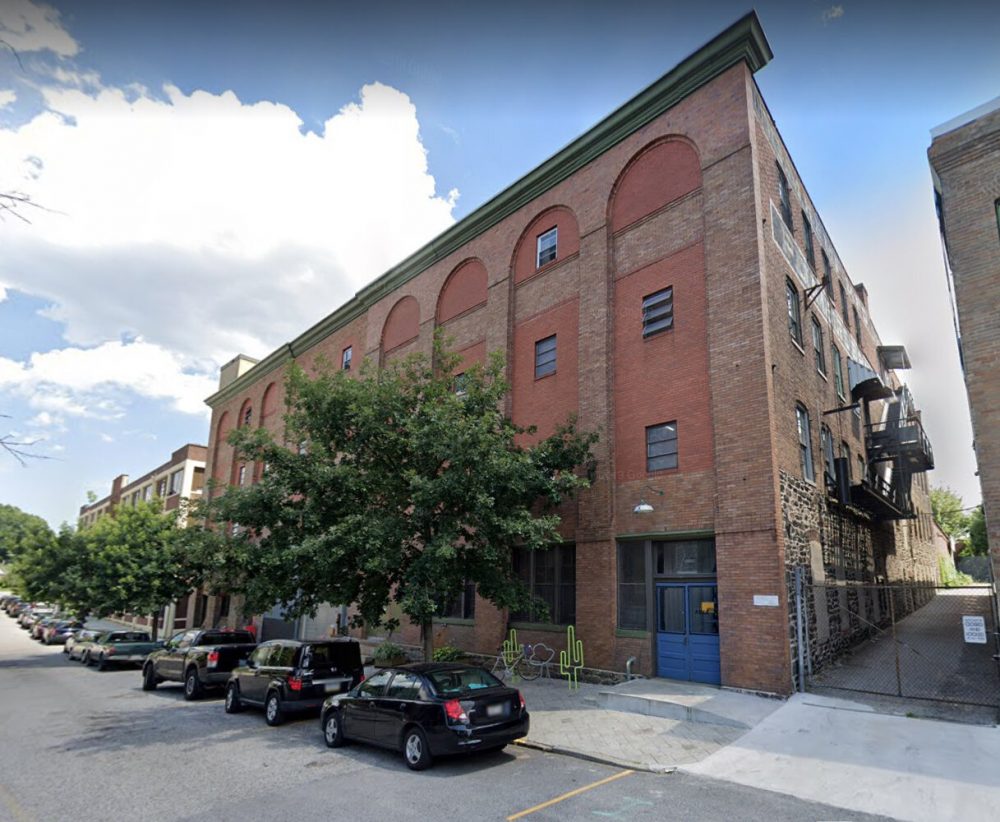 Area 405 is officially under new ownership. The legendary Greenmount West artist studio and exhibition space, owned and operated by artists since 2002, was sold to an LLC formed by the nonprofit Central Baltimore Partnership (CBP) and real estate developer Ernst Valery. The LLC, 405-417 East Oliver Street Partners, closed on the four-story, 71,744-square-foot building for $3.8 million on March 8, 2022.

In 2002, artists Stewart Watson and Jim Vose along with other artists and business-owning partners Steve Freel, Monika Graves, Tom Witt, and Daniel Sullivan, purchased the buildings at 405-417 E. Oliver Street. When the building went on the market in May 2021, Watson and Vose owned a 27.16 percent share; Freel owned 27.16 percent, Graves owned 17.7 percent, Witt owned 22.16 percent, and Sullivan owned 5.82 percent. For anyone who set foot in the building, visiting or renting a studio or checking out a show, Watson had been the most public-facing member of the group until 2019, when she and Vose relocated to England for work.

News of this sale stirred anxiety in the city’s arts scene last year. Between ten and twenty studio tenants have moved out since last summer, although no one was asked or forced to leave, and the cost of rent has not changed.

According to a press release, the building’s new owners intend to maintain it as a multi-use art space, with several potential updates, including expanding the number of available studios, developing “affordable apartments for artists” in the building’s rear, and additional “uses to the street level that both complement the current uses and activate East Oliver Street, such as gallery events and retail pop-ups for local makers.”

They expect to finish the first phase of renovation, including code compliance updates, this summer.

I sincerely believe that this [purchase] is the best case scenario for the artists. I want us to have a seat at the table when decisions are made that impact us.

Studio tenant and artist April Camlin moved into Area 405 on March 1, 2020, and says that having this affordable studio space during the pandemic was a significant factor in her emotional and economic stability. Area 405 has been “a healing place for me when everything else around me was descending into chaos and uncertainty,” said Camlin by phone on March 3. “I sincerely believe that this [purchase] is the best case scenario for the artists. I am grateful that the new owners seem willing to listen to the concerns of the tenants and I hope that continues. I want us to have a seat at the table when decisions are made that impact us.”

According to Camlin, having new building owners invested in bringing the building up to code is essential for the safety of its tenants. “The communication so far with the new owner has been good and this needs to continue,” she said. Like many other studio artists renting spaces in the building at a highly affordable price, Camlin’s main concern is that the required repairs to bring the building up to code will make her rent go up. She would like to see a legal agreement in writing for each tenant, guaranteeing that their rent will stay affordable for years to come. “We are artists who want to invest in our city, to continue to make art in our spaces for the next five or even ten years and I want that security for myself and the other tenants,” Camlin said.

In the press release, CBP executive director Ellen Janes said that her organization and Valery intend to work with 405’s current tenants, members of the Station North Arts District, and the Greenmount West Community Association to preserve the building and the area’s creative community. CBP plans to partner with Baltimore Arts Realty Corporation (BARCO) to manage the existing  building.

We couldn’t find the model, so we created it. I hope to see it replicated again in Baltimore and in other parts of the country. It is feasible, and it is critically important.

Jessa Wais has worked at the Station North Tool Library for more than two years, serving as Director of Library Services. The Tool Library has existed in Area 405 since 2013 and has been an anchor for community members while maintaining a subsidized rent in the building. “We want to see a long-term commitment to preserving the building as an affordable artist and maker space,” Wais said by email on March 3. “For the Tool Library specifically, we would like to sign a longer term lease of ten years to give us added security.”

Wais said that the Tool Library team is excited by the potential of further activating the building. “So much square footage has historically been wasted, but there’s the potential for more artists in the city to make this building their home,” they said. “It’s imperative that the building intentionally welcomes diverse artists, especially artists from our city.”

Wais explains that the new ownership is a unique opportunity to bring people and organizations together to position Area 405 as a foothold in the Arts District, citing the loss of other artist studio spaces nearby. They would like to see the new owners form a formal tenants collective, to use “collective decision making to steer the building towards being an equity centered gathering place for creatives in the city,” like the collective decision-making practices the Tool Library engages in with its team of volunteers, teachers, and staff and its ability to offer affordably loan tools has been based upon highly affordable rent negotiated in partnership with Watson since 2013.

When Watson relocated to England in 2019, she hired Maggie Schneider, a multidisciplinary artist who works in fiber, textiles, and dance, to serve as property and studio manager for Area 405. Schneider’s job will continue under the new ownership. “I plan to maintain affordability of studio spaces, help revive programming in the gallery, and reinforce the existing ties this building has to Baltimore’s creative community,” they said via email. Going forward, Schneider believes that “transparency and accountability are the two most important factors in the success of this next phase of 405 E. Oliver Street,” so the expectations are high for the new relationship with the Central Baltimore Partnership and Valery.

The CBP works with nonprofits, businesses, and city, state, and federal agencies active in eleven neighborhoods on redevelopment projects, “ensuring that the benefits of our work extend to the entire community, especially our most underserved residents,” according to its website. The neighborhoods include Abell, Barclay, Charles North, Charles Village, Greenmount West, Harwood, Oakenshawe, Old Goucher, Midway, Remington, Wyman Park, and Waverly.

Valery is a Managing Member and CEO of the real estate development firm SAA | EVI. He began his development career more than twenty years ago in South Philadelphia and shortly after graduating from Columbia University’s Real Estate Master’s Degree, and is engaged in urban redevelopment efforts across the US. According to his firm’s website, the company is “committed to working with developers and business owners with a focus toward developments that do not displace.” Valery has invested in real estate in Maryland, Washington, DC, Pennsylvania, Virginia, California, and New York, with Baltimore projects including the Nelson-Kohl Apartments in Station North and the Ministry of Brewing and Lofts in Washington Hill, near Upper Fells Point.

CBP and Valery have worked together on other recent Station North projects, such as the redevelopment of 1812 Greenmount Avenue which will house Oyin Handmade’s new manufacturing/retail center, the Chesapeake building with Mera Kitchen Collective and Alma Cocina Latina, and the Nelson-Kohl Apartments at the intersection of Charles and Lanvale streets, “with exterior and other social distancing improvements.”

Janes noted in the press release that the Station North Arts & Entertainment District “has seen a rush of buying by investors that threatens” the neighborhood’s legacy residents. Indeed, tenants of the former arts space the Bell Foundry, around the corner from Area 405, were evicted overnight in 2016. Zahlco Development bought the Bell Foundry in 2018 for $725,000. The building, whose murals were covered by a coat of gray, will reportedly hold an “arts-related tenant next to a new apartment building, with 500-600-square-foot one-bedrooms ranging from $800-$1,000 in rent.

Janes said there’s no other model for what CBP and Valery are doing with Area 405, in terms of collaborative real estate development between nonprofits and commercial entities working specifically to prevent the all-too-common displacement of communities when values increase.

“I cannot find another example of a community coming together to save an arts space like what has happened with Area 405,” Janes said. “With a very strong development team, we took a calculated risk on a revitalization strategy. We couldn’t find the model, so we created it. I hope to see it replicated again in Baltimore and in other parts of the country. It is feasible, and it is critically important.”